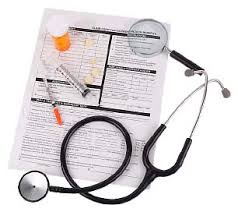 Have you ever been forwarded a “safety e-mail” from a concerned friend or relative that warns of the dangers of poisonous air conditioning gasses or some other implausible situation?  Just like these e-mails that are repeatedly shared, there are several medical malpractice myths that have been repeated so often that many people take them as the truth.

Myth #1: There are too many frivolous law suits

Filing a lawsuit is expensive, it requires medical analysis, data analysis, professional testimony and more.  A personal injury lawyer would not file a frivolous law suit because they are normally paid on a contingency basis, which means that if they lose, they get nothing and lose all the money they have put into the case.  The reality is, there is an epidemic of medical negligence, not lawsuits. Two studies of the patient safety movement have shown that not only are hundreds of thousands of patients injured every year in the health care system, but very few of them sue. According to the Institute of Medicine, 98,000 people die in hospitals each year as a result of preventable medical errors, costing the health care system $29 billion in excess costs.  According to researchers at Harvard, only one in eight people injured by medical negligence file a malpractice claim.

According to the National Association of Insurance Commissioners, the total spent defending claims and compensating victims of medical negligence in 2007 was $7.1 billion—just 0.3% of health care costs.  Which means the direct costs associated with medical malpractice are a tiny fraction of health care costs.

Not only are there more doctors, but the number of doctors is increasing faster than population growth. In 2007, the number of physicians per 100,000 population is at an all-time high of 307

Research has found that there is little correlation between malpractice pay and malpractice premiums paid by doctors.  Instead these rate increases were driven by declining interest rates and investments.

Tort reforms are passed under the guise that they will lower physicians’ liability premium. This does not happen. While insurers do pay out less money when damages awards are capped they do not pass the savings along to doctors.

So the next time someone tells you that medical malpractice lawyers are the problem with health care, forward this article to them and see what they have to say then.