Boating Under the Influence Targeted by Virginia Conservation Police

Anyone drinking and boating in Virginia during the weekend of June 24-26, 2011, will find themselves targets for VA Department of Game and Inland Fisheries Conservation Police. Over that three-day period, state park and water police will be carrying out Operation Dry Water and ticketing and taking off the water anyone found with a blood alcohol content of 0.08 or higher, as well as anyone impaired by presciption or illegal drugs. 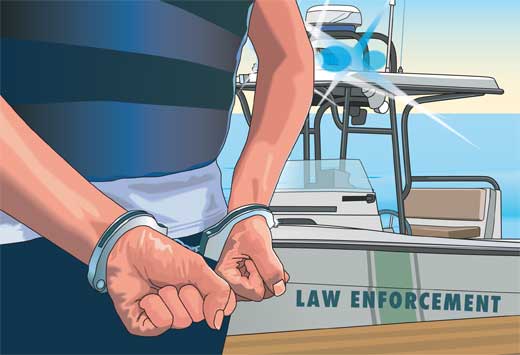 In a press release announcing the crackdown on boating under the influence, or BUI, the agency noted that “penalties may include fines, jail, impoundment of boats and loss of boating privileges. Other consequences could include higher insurance rates and impacts on employment as a BUI conviction is a public record.”

Like drunk and drugged driving, BUI exacts a high toll in injuries caused and lives cut short. In fact, an official U.S. Coast Guard report published in 2006 states that “data for the period 2002-2003 suggests that at least 23 percent of fatalities and 9 percent of nonfatal injuries resulted from accidents in which alcohol/drugs was a contributing factor” in the boating and personal water craft accidents.

My Virginia personal injury attorney colleagues and I have written about boating and PWC safety many times. In each such blog post and article, we have stressed the importance of staying sober on the water. If those reminders have not been enough to discourage BUI, maybe this law enforcement initiative will drive home the message that alcohol, drugs and boats do not mix.