Traffic accidents have as many causes as there are vehicles and drivers on the roads and highways. Problems with the design and installation of brakes, accelerators, axles, airbags and other basic equipment have prompted several highly publicized recalls of cars, pickup trucks, minivans and SUVS in the wake of deadly accidents and the risk of accidents.

Hampton Roads, the Eastern shore of Virginia (VA) and the communities of northeastern North Carolina (NC) saw twice this past week how snow and ice can make any street a gauntlet of wrecks involving serious injuries and loss of lives. The Virginian-Pilot reported that the mix of sleet, rain, snow and refreezing roadways on December 16, 2010, contributed to 32 driver and passenger injuries and one traffic death. 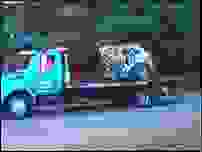 Often overlooked as causes of accidents, however, are failures of brakes, engines and tires due to poor or neglected maintenance. Worn brakes and brake systems leaking fluid may not stop a vehicle in time to prevent a rear end collision. Misaligned tires increase the risk for drifting into neighboring lanes or oncoming traffic — and the results of a head-on crash can be horrific.

Engines plagued by oil or gas leaks can catch fire, and engines that run dry of lubricants or coolant can seize up and leave a car, pickup truck or SUV a sitting target for other drivers.

Tire blowouts also cause a large number of accidents. When tractor-trailers, dump trucks and other large vehicles blow a tires, smaller cars often literally get caught in the crossfire. When cars, pickups minivans or SUVs loose a tire, the drivers often also lose control and slam into other vehicles or road barriers.

Even when equipment failures do not immediate cause traffic accidents, drivers, passengers and emergency responders like police officers and tow truck operators remain at risk for injury and death. Road and highway shoulders are dangerous places, with dozens of fatalities occurring each year because other drivers speeding by do not slow down or change lanes to make space for repair work or towing.

Not every crash can be avoided or prevented, but keeping your engine tuned up, your brakes in good working order and your tires properly inflated can go a long way to protecting you and everyone else on the road.