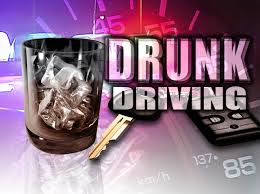 Every 53 minutes in America, someone is killed in a drunk driving crash. That equates to 27 people every day.  Many times the person killed in the car accident isn’t the driver, often it is other innocent drivers or even a passenger of the drunk driver.  This was the case in a recent Chesapeake, Virginia (VA) car accident.  A 49-year-old woman fell from a car while it was driving across the Gilmerton Bridge.  The driver, was arrested and charged with DUI and driving on a suspended license.

This is just another example of a preventable accident caused by a drunk driver.  It’s unknown why the woman who was injured tried to get out of the car but if the driver, who was not only drunk but did not have a right to drive, never got behind the wheel this accident would have never occurred.  Statistics show that between 50 to 75% of the people who have had their licenses revoked due to driving under the influence drive illegally without their license.

As Virginia (VA) car accident injury lawyers our goal in every DUI and DWI injury or wrongful death case is to identify all sources of insurance recovery and to help our client receive compensation for all types of accident-related expenses and losses.  Impairment is not reliant upon the type of alcohol consumed, rather the number of drinks over a certain period of time. Despite myths and misconceptions, coffee, a cold shower, or exercise will not make a person more sober; only time will.  Impaired driving means that your judgment, coordination, response time and other physical and mental functions are lower than normal.

Although in Virginia (VA) the legal limit for DUI/DWI is a BAC of 0.08, drivers can still be convicted of DUI with a BAC of less than 0.08.  If there is proof that the driver is under the influence of drugs — even legal prescription or over-the-counter drugs — that impair his or her driving, the person can be arrested for DUI despite having a BAC of 0.0.