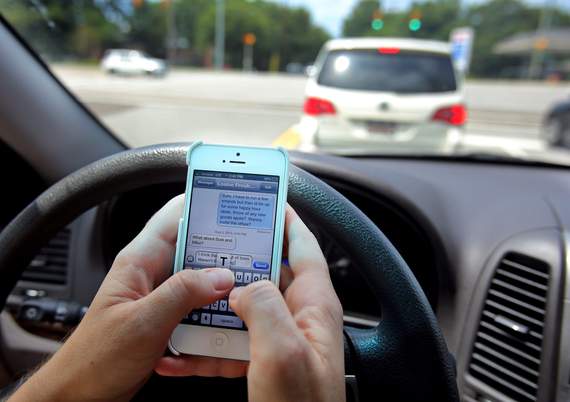 One of the most common forms of distracted driving is texting while you are behind the wheel of your vehicle. It is also the prevalent cause of distracted driving crashes. Research has shown that there may be a difference in how our brains react when we become distracted by our smartphones compared to other driving distractions and why it is more dangerous.

Based on participants’ reactions, the researchers concluded that the brain has a sixth sense that, under normal driving circumstances, will keep distracted safe. This sixth sense also works when the driver’s movements become jittery because of cognitive or emotional distractions. The part of the brain that kicks this sixth sense in is the anterior cingulate cortex (ACC) and helps control a person’s fight or flight reflex that appeared when drivers experienced cognitive or emotional distractions. However, that sixth sense did not kick in when the driver was texting.

The study team attributes this lack of ACC response while texting to the disruption of the driver’s hand-eye coordination loop. When a person is engaged in texting, the visual part of the loop is missing, and so the brain is unaware of any veering that is happening with the vehicle.

Unfortunately, no matter how focused we stay on the road, too many other drivers fail to pay attention. If you have been injured in a crash caused by a distracted driver, contact a seasoned North Carolina car accident attorney to discuss what legal recourse you may have against the driver. Our legal team has successfully represented many accident victims and will use all available resources to get you the best settlement possible.