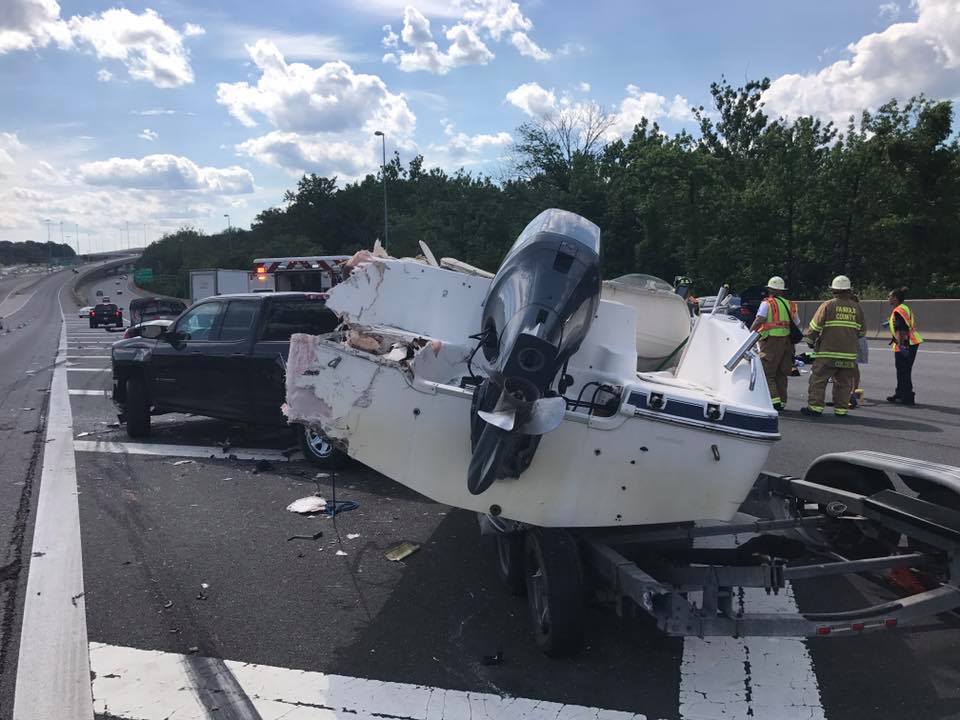 Last June, Leonard Schultz, a popular special education teacher and football coach at James Madison High School in Vienna, Virginia, was killed when he was struck by a box truck on the Capital Beltway Inner Loop in Springfield. The 52-year-old victim and his 24-year-old nephew had stopped their pickup truck to secure a boat they were towing when the box truck crossed over the median and slammed into the boat and the two men. Schultz was killed immediately. His nephew sustained critical injuries that – seven months later – he is still recovering from.

The 42-year-old driver of the box truck was originally charged with reckless driving. Those charges were later upgraded to involuntary manslaughter. In August, his commercial driver’s license (CDL) was also pulled when it was discovered that the crash had been his second crash within a 24 hour period. An investigation revealed that he had driven 103 hours over the eight days prior to the accident, with only one 10-hour off-duty period taken, a blatant violation of federal regulations on the number of hours a truck driver is allowed to drive per day/week.

But during a court hearing on Friday, the victim’s family discovered that, for at least two months following the deadly crash, the box truck driver was contracted to drive for the ridesharing company Uber – at a time when there was also a warrant out for his arrest on the manslaughter charge. In a statement, Uber confirmed the man did drive for them but no longer is allowed to access their app. They also say they are investigating as to how the man’s driving record slipped by their vetting process.

The truck driver appears to also have driven at some point with the ridesharing company Lyft, however, it has not been confirmed when this occurred. Despite media inquiries, Lyft has not issued any statements that confirm or deny this.

How Did This Happen?

There are multiple, egregious failures in this case that resulted in the tragic death of a beloved teacher and coach, leaving his family, friends, and the countless students whose lives he enriched grieving.

The first failure to address is how the truck driver was able to avoid the required hours of service laws and why did the trucking company allow this. Far too many trucking companies are demanding truck drivers meet unrealistic schedules. This pressure leads to truck drivers skirting around federal regulations and not getting the sleep they need. Lack of sleep for truck drivers too often results in horrific crashes like this one.

The second failure to address is how the driver was able to contract with ridesharing companies with this type of driving record. Uber and Lyft tout to their potential clients a comprehensive and thorough background and vetting process for all their drivers, but this case demonstrates that there are serious and dangerous flaws in their process. Why was this man transporting Uber passengers after causing a crash that killed a man and who would have been responsible if he had caused another deadly crash while representing Uber?

Like many truck or car accidents where a victim dies or seriously injured, this crash should never have happened. If not for the negligent and reckless actions of the box truck driver – and possible other parties – a family would not be grieving the loss of their father, husband, friend, and teacher.

Virginia law allows survivors of victims killed in accidents to pursue damages for their losses through a wrongful death lawsuit. The law understands that no amount of money will ever replace the loved one, but many times, a civil lawsuit is the only option for the family to get justice for their loved one.

At Shapiro & Appleton, our Virginia wrongful death attorneys have decades of experience successfully advocating for victims and their families and would be happy to meet and discuss what your legal options may be. Call (833) 997-1774 today for a free case evaluation.

·       What are the most common causes of truck accidents caused by commercial drivers?