Fentanyl Patch: Deadly On All Fronts

Reading survival stories of why people had to start taking the Fentenayl pain patch in the first place is scary.  Many stories start with very serious chronic pain syndromes, medical malpractice in the form of botched surgeries or catastrophic accidents.  But what may be scariest of all is that the Fentanyl pain patch (also known as “Duragesic”) medicine that is prescribed to try and relieve the pain further reduces their quality of life.  In a growing number of documented cases the pain patch has been the cause of unintended, accidental death. Imagine that: surviving the terrible problems that you are suffering from but then dying from the pain medication that is prescribed to you. That is one reason I have referred to fentanyl pain patches as the merchant of accidental overdose death. 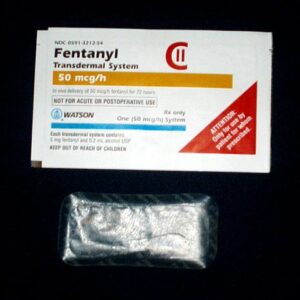 Fentanyl is a very powerful pain patch, so powerful that drop-for-drop, it is 80 times more powerful than morphine. It has been used for years in controlled medical settings in hospital operating rooms and outpatient surgical centers-but of course in those settings trained anesthesiologists know exactly how much to administer, know what to do if they need to scale back the dose during anesthesiology, and they know the drug interactions that are harmful when used in combination with fentanyl. However, a very smart individual decided to see if a medical device could deliver the same medication to victims through the use of patches, and then expand the use of fentanyl into the hands of medical patients themselves. Of course, the new “delivery system” became a controlled patch, and the use of this pain medication expanded exponentially, even though it was initially approved by the FDA only in the case of chronic and serious pain, such as that suffered by cancer victims.

It is supposed to be administered only where other pain medications have been attempted and failed to control a patient’s pain. Unfortunately more and more, that is not happening as the popularity of the drug increases, because it is certainly a good painkiller.

There are at least three different ways Fentanyl can be deadly.

1. Doctors prescribe too powerful a dose- A respected pharmacist has said, “There’s a small margin for error between a dose that is helpful and a dose that can kill.” An overdose from other pain medications is much harder to achieve, especially by accident although overdoses on Fentanyl pain patches are well-documented, and are unintended entirely.

2. Patient Confusion- One of the listed side effects of fentanyl is confusion. For patients, this means that making a small mistake in applying the Duragesic patches could result in an accidental overdose death. Hundreds of such accidental overdose deaths have occurred.  Where to apply a dose prescribed by the physician, or where the patient is confused about when to reapply a replacement patch, thinking that all the effects of the first patch on their body have worn off.

3. Defective Patch- The way the patch works is that the drugs soaks out of the patch into what is called the “skin depot” and then it takes as long as 18 hours to diffuse into the blood stream. If you have even a tiny leak in a fentanyl/Duragesic pain patch the skin depot can fill up very quickly and then kill you. Even a slight tear or a defect in a patch could be tied to an accidental overdose.

For those who take the drug and don’t die, many have trouble when they try and stop taking the drug.  There are entire websites dedicated to fentanyl patch withdrawal and addiction.  Numerous lawsuits have been filed against the manufacturers of Fentanyl and our firm, Shapiro & Appleton has represented two families who tragically lost a spouse after a sudden overdose while wearing the prescribed Fentanyl pain patches.

There are numerous safety tips that we can recommend after having seen the accidental overdose death cases. First, if your loved one has been prescribed this pain patch, we recommend that you ask the doctor to change to one of the types of pain medications that is not 80 times more powerful than morphine drop for drop.

Carefully review the fact that the replacement pain patch can never be applied until the exact number of hours has passed after the first patch has been applied based on the pain patch manufacturer instructions if your loved one must take these pain patches.

Never apply a heating pad over the body area where the pain patch is located as that can increase the rate at which the drug comes out of the pain patch.  Never, ever, apply two pain patches at the same time as this could create a lethal dose and kill someone.  Just reading the safety tips above should convince you to get your loved one off of the fentanyl pain patch as soon as possible.  If in any circumstance a different pain medication can be applied, use that alternative pain medication.  Also, where the patient is not suffering from a terminal cancer or an absolutely unremitting pain scenario, don’t accept fentanyl pain patches as the medication.