Greensboro Woman Killed in Crash on I-40 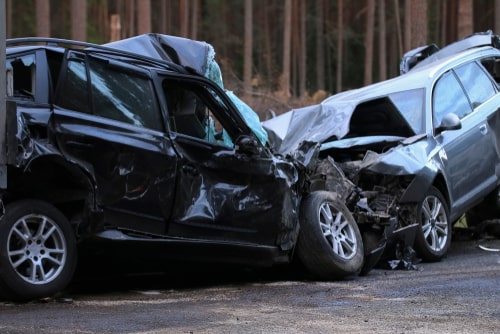 Family and friends are mourning the tragic loss of a 79-year-old Greensboro woman who was killed Saturday morning in a crash on Interstate-40. The accident occurred around 9 a.m. near the Gate City Boulevard exit.

According to police reports, the woman’s 1986 Nissan 300ZX stopped in the center lane where it was then hit by another vehicle being driven by a 21-year-old man. That driver suffered only minor injuries. Police are still investigating the crash to determine the cause but say they do not believe speed or impairment were factors in the fatal accident.

Friends of the victim say she was heading to church when the accident happened, however, she was supposed to have someone driving her.

Protecting Older Adults on the Road

Most of us have older adults in our lives who are either friends or family members. While many of them are still independent despite advanced years, it is natural to worry about their health and their overall safety. They are likely to require at least some assistance in completing certain types of tasks, though they may be reluctant to admit it or to ask for it. Getting to and from doctor’s appointments or running errands are among the many areas in which you can help.

Driving requires a complex set of skills and as you get older, many of these tend to decline. Helping with these tasks can protect the older adults you love against car accidents and injuries, while also protecting other drivers on the road. Our North Carolina personal injury law firm has reported on many car accidents that involved elderly drivers who became confused or suffered a medical episode while behind the wheel.

How Old Is Too Old to Drive?

There is no set age at which someone is ‘too old’ to drive. Instead, driving ability typically depends more on the individual’s overall health, any underlying medical conditions they suffer from, and the various mind and body changes that typically occur as we age. Common dangers that can put older drivers at risk behind the wheel include:

If you have concerns about an older adult driver, it is important to bring the subject up in a way that is non-threatening. Be cautious of putting them on the defensive or implying they are no longer fit to drive. Instead, steer them toward the AAA’s driver self-rating tool and allow them to draw their own conclusions.

If you have been injured in a crash involving an elderly driver, you may be entitled to financial compensation for the losses your injuries have caused. Call Shapiro, Washburn & Sharp to schedule a free and confidential consultation with one of our North Carolina car accident attorneys.