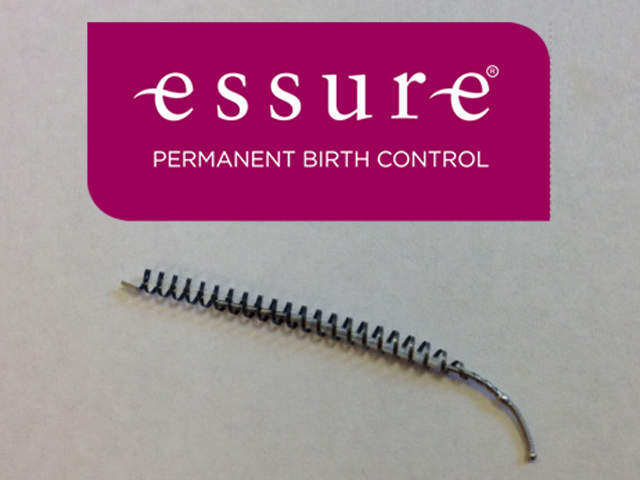 The birth control method of “transcervical sterilization,” marketed as Essure, may be causing serious, painful and dangerous side effects in the women who use it, according to some health officials.  Essure, which has been on the market since 2002, is an internal form of birth control.

The device is a pair of small lengths of coil that are inserted into a woman’s fallopian tubes; the coils then expand, which prevent sperm and eggs from joining. In clinical trials, the procedure was found to have a 99.74% success rate in preventing pregnancy from occurring. However, women who have used the device have been reporting mild to devastating side effects from the procedure, including chronic and disabling pain, heavy bleeding and incredibly painful menstrual cramps.

Some doctors have reported that the device is almost-entirely successful and that only a small number of patients will experience such side effects. However, consumer advocates such as Erin Brokovich have reported that more than a thousand women have contacted her about the terrible side effects from the device. Brokovich wants legislators in Washington, D.C. to investigate whether or not the FDA should give more oversight to Essure.

Birth control devices and medicines can come with all sorts of side effects, some of them mild and some of them truly injurious. If you’ve been injured by an internal birth control device or an hormonal pill, you should consider speaking to a personal injury attorney. The injury lawyers at our Virginia-based law firm have years of experience dealing with dangerous drugs, including birth control; we know that drugs that are not properly investigated or tested can cause serious harm to their users and derail one’s life.  You can also download a free, in-depth guide written by our lawyers on injuries associated with various types of birth control, and what to do if harmed by such a drug; simply follow this link to do so.