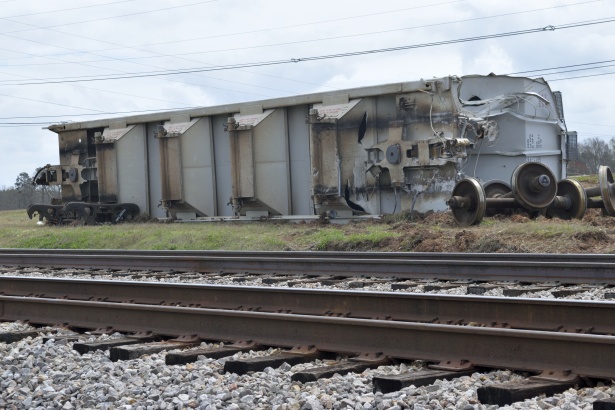 The National Transportation Safety Board has sent a team of 14 investigators to the site of an Amtrak derailment in north-central Montana that occurred on Sunday. Three people were killed and seven more hospitalized with what officials called serious injuries. Two of those victims are in the intensive care unit. The train was traveling from Chicago to Seattle when the crash occurred.

According to officials, the train was carrying 141 passengers and 16 crew members. There were two locomotives and 10 cars. Eight of the cars derailed. Photos from the accident site reveal that the derailment occurred near or at a railroad switch. A switch is where the track goes from a single track to a double track.

It appears from the photos that both locomotives and the first two cars at the front of the train arrived at the track split and then continued on the main track, however, the eight remaining cars derailed. It is not possible from the photos to determine if any of those eight cars ever moved onto the second track. Train safety experts say that the switch may have played a role in the derailment. One scenario is that the front of the train started to fish-tail when it hit the switch and this caused the back cars of the train to flip over.

Another possibility for the crash is that there was some kind of defect in the rail. Although a spokesperson from BNSF Railway said the track had just been inspected last week, one safety expert said that testing does not always catch defects.

Witnesses who arrived at the scene of the derailment immediately after it occurred describe 300 feet high wall of dust around the area. Many of the area residents rushed to the scene to help victims climb out the windows of the overturned cars.

One passenger who was riding in one of the front cars that did not turn over described how all of the jostling from the crash was throwing passengers from one side of the train car to the other. The man, who describes himself as a “pretty big guy,” said the movement caused him to lift from his chair and slam him into one wall and then into the other.

No details about the victims who died in the derailment have been released by authorities yet.

The law imposes certain legal obligations on common carriers such as railroads in order to protect passengers and the public in general. When there is a failure to use reasonable care on the part of the railroad where the accident occurred, such as conductor or engineer negligence, a train defect, engine mechanical failure, or railroad track defects, choosing legal counsel experienced in Virginia personal injury litigation is a must.

If you or a loved one has been injured in a train accident, contact the legal team at Shapiro, Washburn & Sharp to meet with one of our Virginia railroad accident attorneys to find out what legal options are available to get you the financial justice you deserve.