Mesothelioma Rates On Rise in Many Countries: Study

The incidence of mesothelioma cases is on the rise in many nations, according to a recent study. However, how much of a rise is still an open question, as there is not enough data from many of the world’s most populated countries. 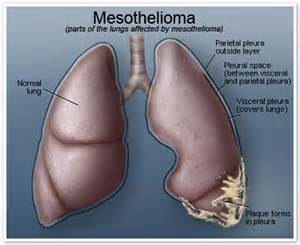 A study published recently by Claudio Bianchi and Tommaso Bianchi of the Center for the Study of Environmental Cancer in Monfalcone, Italy found that the countries with the most cases of the deadly cancer are the UK, Netherlands, Belgium, Australia and New Zealand.

Intermediate rates of mesothelioma were found in the US and in many nations in Europe. In the US, diagnoses topped out in 2005 at 3284 but have dropped since.

However, the Italian researchers stressed that a lack of data in many countries where asbestos is not banned, such as Russia, China, Brazil and India, means that the results may not be entirely reflective of the reality.

The researchers predict that there will be another wave of mesothelioma in the future involving those countries where asbestos still is used.

The study also found that the incidence rate of the cancer increases quickly with age. Among people 65-74, the rate is 8.34 per 1000. But for 85+, it is 17.62. This reflects the long latency period of the disease, which may not develop for 50 years after asbestos exposure, which most often occurs in areas with high levels of ship and rail-related activities and industries where the substance was used often.

Our personal injury law firm has settled many mesothelioma cases satisfactorily for our clients. It is a horrible disease and one which those affected must be fairly compensated. We hope that the families of mesothelioma victims around the world are able to obtain the legal justice they deserve in the coming years.