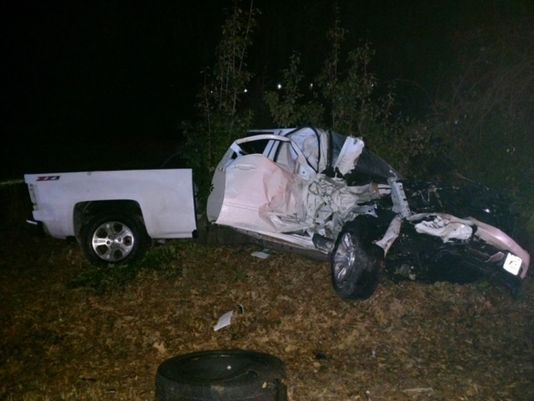 A Virginia man was killed in a Tennessee drunk driving crash early Sunday morning. According to the Shelby County Sheriff’s Office, a 24-year-old driver in a pickup truck, with a passenger, smashed into an SUV from behind. The SUV had eight people inside. The impact was so strong, it flipped the SUV over. The pickup slammed into a tree and into at least one utility pole.

Nine victims were taken to area hospitals. One of the victims, 24-year-old Connor Richards, from Norfolk, died at the scene.

A deputy told local media that when he arrived at the crash, victims were scattered all over the road. Some of the victims had been thrown from the vehicles, while others had crawled out. Police say alcohol and speed were contributing factors to the crash. Before the crash, police had received a report from one of the vehicles reporting a reckless driver in the area.

The driver of the pickup has been charged with vehicular homicide, driving under the influence, reckless driving, and eight counts of aggravated assault.

Although no amount of money can ever make up for the loss of a loved one, there are often unexpected expenses associated with the victim’s death that can financially devastate their survivors. Some of these expenses can include medical costs for lifesaving attempts, including ambulance transport, emergency room treatment, and surgery. There are also the funeral and burial expenses families must pay.

Families also suffer the mental anguish and the loss of emotional support and guidance the victim provided. Although these are not economic losses, Virginia law says that survivors can be compensated for these losses through a wrongful death claim.

If you have lost a loved one in a car accident caused by a drunk driver, contact an experienced Virginia wrongful death attorney to find out what legal recourse you may have for the pain and loss your family has suffered. Our VA personal injury law firm has successfully represented many victims and their families and understand how overwhelming this loss can be.

Our personal injury firm also offers a free wrongful death guide for families who have lost a loved one in an accident. The guide covers topics such as the statute of limitations for filing a wrongful death claim, what types of damages can be pursued, and who can be appointed as personal representative.