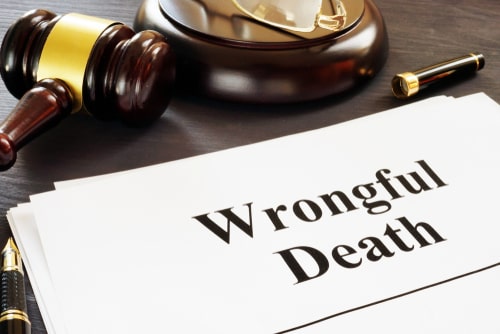 A wrong-way crash early Tuesday morning in Raleigh, NC killed one person and sent three other people to local hospitals. North Carolina State Highway Patrol is investigating the accident, which occurred on the I-540 eastbound exit ramp on Falls of Neuse Road.

According to details released by police, the driver of one vehicle was traveling west on the eastbound ramp when it slammed into the second vehicle. The passenger in the back seat of the vehicle traveling the wrong way died in the crash, however, police have not released any details about the victim. It is believed that alcohol was a factor in the accident.

According to statistics from the National Transportation Safety Board (NTSB), about 400 people die each year in wrong-way accidents. Those that do survive the crash suffer serious to severe injuries. Recent studies have found that out of 100 wrong-way crashes, more than 60 percent result in serious personal injury or death compared to 45 percent out of 100 for all other types of crashes. One Virginia study found that wrong-way collisions are almost 30 times more like to result in the deaths of victims than other types of vehicle accidents.

Additional research reveals that more than half of wrong-way drivers are under the influence of alcohol and/or drugs. Some studies have found that number to be as high as 75 percent. A North Carolina personal injury attorney knows that car accidents involving alcohol are often much more severe than those involving a sober driver. A driver who is operating their vehicle drunk has a slower reaction time, poor muscle coordination, and a harder time with judgment and reasoning.

When a loved one is killed in an accident, their family is often left with astronomical expenses that they simply do not have the money to pay. If the victim received any type of emergency treatment attempting to save their life, then the family may be responsible for all of those costs. There is also the cost of funeral and burial expenses.

Even more overwhelming can be the loss of financial support that the victim provided his or her family, especially if they were the primary wage earner in their family. In cases where the victim stayed home taking care of young children while their spouse worked, the family is now left with no one to care for the children.

In addition to the financial burdens placed on the family, there are also the emotional losses they suffer from the death of a loved one, including loss of companionship, mental anguish, and more.

At Shapiro, Washburn & Sharp, we have been representing the families of accident victims for more than three decades in wrongful death lawsuits, including a recent case involving a $1 million settlement for the family of a bicyclist who was killed by a van driver that failed to yield, striking the woman, who died at the scene.

Although we understand that no amount of money will ever make up for the tragic death of a loved one, we also find that these legal actions often help the families reach closure, while at the same time seeing that necessary actions are taken to make sure that no other family will ever have to suffer the same type of heartbreak.

Call our office today to schedule a free and confidential consultation with one of our dedicated North Carolina wrongful death attorneys.