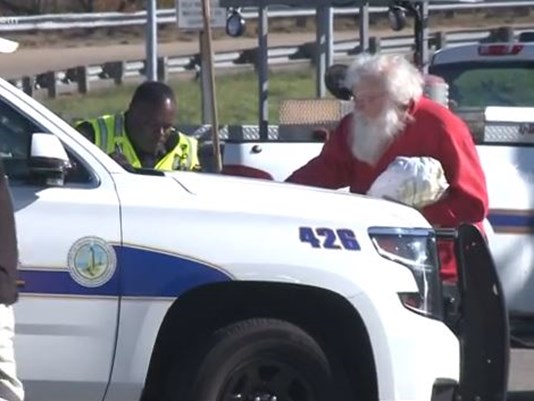 One driver may be added to Santa’s naughty list after a three-car crash in Virginia Beach Wednesday afternoon. The accident occurred at the intersection of South Rosemont and Bonney Road. According to police, a minivan taxicab hit a silver sedan and the minivan ended up flipping over and landing on its roof. The cab driver was rushed to the hospital with non-life-threatening injuries. One of the drivers, a man dressed in a Santa suit, was seen at the crash site talking with police. An investigation is being conducted to determine what caused the crash.

Liability in a Car Accident

Under Virginia law, accident victims can file a claim against the party or parties who were responsible for the accident that caused the victim’s injuries. This is called liability. Although there are accidents where accident liability is obvious, in many cases, fault is not so clear and filing injury claims often requires the assistance of a Virginia Beach personal injury attorney.

One of the first steps your attorney will take is to gather the police report and any witness statements there may be. The police report can sometimes be one of the strongest pieces of evidence to prove accident liability. This is why police should always be contacted after a crash, even if the crash is only a minor one.

The police report will usually indicate the officer’s opinion as to which driver caused the crash, as well as list any traffic violation citations issued or if any driver was arrested (such as in a drunk driving accident). Any photographs that you took at the accident scene, (another step you should always take), may also help your attorney prove liability.

In addition to whether or not a driver committed a traffic violation which caused the accident, there are certain types of accident which almost always determine who the at-fault driver was. For example, in rear-end collisions, the driver in the back is usually determined to be the one who caused the accident. Drivers are supposed to be focused on the road in front of them and leave enough space between their vehicle and the vehicle in front of them. If a rear-end crash happens, the theory is that the driver in the back was not practicing one or both of those safe driving behaviors.

Another common type of car accident where fault is almost automatic is left-turn accidents. This is because vehicles which are traveling straight in an intersection usually have the right of way, making the driver of the vehicle taking the left-hand turn responsible for the crash. There are some exceptions to this rule, however, such as if the driver traveling straight was speeding or ran a red light.

If you have been injured in a crash caused by the negligence of recklessness of another driver, contact a seasoned Virginia car accident attorney. Each of our personal injury attorneys at Shapiro & Appleton has extensive legal experience in advocating for injured clients and will use all available resources to get you the best possible outcome for your situation.