Every day, millions of parents around the country go shopping with small children in tow. As parents, when we take our child into a store, we rightfully assume that the establishment is doing everything they can to keep the premises safe and accident-free. In order to ensure our child’s safety, most of us will have our child sit in a shopping cart or a stroller, securely fastened with the safety belt. This way, we know our child is not running around the store, putting themselves and others at risk for an injury. 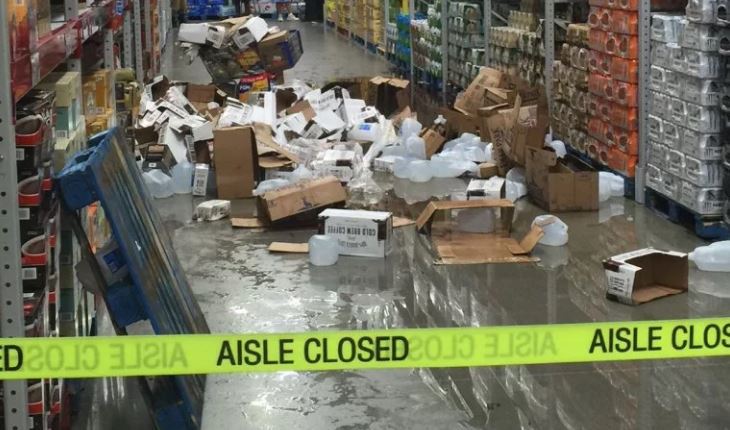 This may be exactly what one father was thinking as he shopped, pushing his 3-year-old son in a stroller, at Sam’s Club in Colonial Heights. We can only imagine the horror that went through that father’s mind as he watched a pallet full of water came sliding off of a shelf, landing on the two of them.

Witnesses say the father pulled his son from the pile of water jugs that had landed on him. Carrying the child in his arms, the father ran through the store, crying and yelling for help.

A shopper in the store, who is a school nurse, took care of the boy until emergency responders arrived. According to the woman, the small victim appeared to have a broken arm, with the bone protruding through the skin. He also had a large contusion on his head, indicating a possible traumatic brain injury. The victim was transferred to Southside Regional Medical Center, however, there has been no statement issued regarding his condition or the extent of the injuries he suffered.

One witness to the horrific accident reported that the pallet that fell may have been double-stacked on the third level of the shelf, because even after the pallet fell, there was still another pallet remaining on the top shelf.

A spokesperson for Sam’s Club issued the following statement:

“We’re incredibly saddened a young child was recently injured in one of our clubs. Our team in the club responded quickly and we’re staying in touch with the family. We are doing all we can to help as he recovers.  We immediately started looking into what caused the incident. Once we fully understand what happened, if we find we need to do something differently, we’ll do it.”

Under the Virginia premises liability law, business owners have a legal responsibility to maintain their property in a reasonably safe condition. The father should contact a skilled Virginia personal injury attorney immediately to find out what legal recourse he may have against the corporation for the injuries that his toddler has suffered, as well as any injury he may have suffered when the pallet fell on him. The family is most likely facing expensive and long-term medical expenses for treatment and possible rehab, as well as possible lost wages.