What Is Negligence in a North Carolina Car Accident? 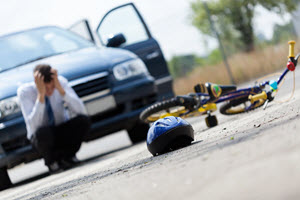 Every day in North Carolina, people are injured because of another person’s negligent or reckless action or behavior. There are numerous ways that a person’s negligence can cause injury to another person. Our North Carolina injury attorneys have successfully represented numerous clients who suffered injuries due to the fault of someone else. If you have been injured in an accident or incident, contact our Carolinas injury firm to discuss your case.

What Is Negligence Under North Carolina Law?

Negligence is defined as the failure to act or take the proper care when doing an activity. When a person is negligent, and a victim is injured, the at-fault party has breached the duty of care they have to the public. They can face both criminal and civil charges for their actions, depending on the circumstances of their case.

The law considers a person negligent when they fail to use a reasonable standard of care. There is a legal expectation that people should act as others would act in similar situations. For example, if a driver causes an accident because he or she was drinking, that behavior is considered dangerous – as well as illegal. The theory is that the majority of drivers do not drink and drive, therefore, the driver’s decision to do so is considered negligent under the law. Tragically, too many drivers do make that decision and there are 28 people who are killed every day in this country because of a drunk driver.

Not only is drinking and driving considered negligent under the law, but people who host social events at their home, serve alcohol, and let their guests drive home after they have been drinking can also be deemed negligent. Under the law, if that driver gets into an accident and there are injuries or deaths, the hosts may be held liable for that accident.

Distracted driving is another behavior that is considered negligent under the law. There are more than 400,000 people injured in distracted driving behaviors each year. Texting, talking on the phone, checking GPS directions, and fiddling with the radio are all examples of negligent driving.

Many accidents are also caused because the vehicle’s owner failed to properly maintain the vehicle. Items such as burnt out taillights or headlights, bald tires, brake issues, and other mechanical failures can all lead to deadly car accidents. Failure to address these issues is considered negligent under the law.