When Doctors Fail to Diagnose Breast Cancer: What Every Woman Should Know 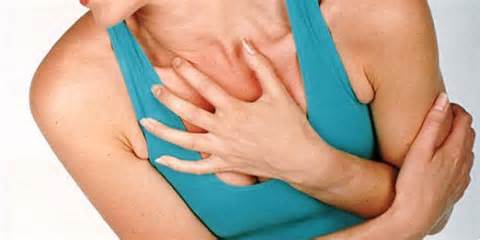 As Virginia medical malpractice lawyers we have heard countless horror stories from women who did all the right things to obtain an early diagnosis of cancer but were failed by their doctors.  This is the story of one cancer survivor whose doctor failed to diagnose her properly.

“I went for a mammogram when I noticed that my nipple looked smaller than the other.  It looked like I was cold.  The doctor said we don’t see anything on the mammogram.  I said “But my breast is different.  The nipple has changed.”  The doctor said I know you are worried let’s do an ultrasound.  They did and he again said it was all is clear.

Then several weeks later I saw a different doctor and I told him the same thing.  He told me that if a woman my age sees a change in her breast, the next step is to see a surgeon.  That is how my large lobular cancer was found.  Stage III with 9 positive nodes.  I’m still mad.  I have never missed a mammogram.  Now I have been on Femara for 3 months, had a radical mastectomy, chemo (Taxol,FEC) radiation and now tamixifen.  I am still in a lot of pain at site of surgery and I don’t know who I should trust!!!”

{Click here to find out how long it usually takes for a Virginia medical malpractice case to come to trial?}

Women aren’t the only ones receiving cancer misdiagnosis.  We represented the estate of a client who was only 56-years-old when he reported to his family doctor with a 3-day history of chest pains radiating into his jaw together with intermittent visual disturbance. His family physician claimed that he referred plaintiff’s decedent to the emergency room with a provisional diagnosis of impending vascular accident. The emergency room physician diagnosed our client as having a sore throat and denied receiving a report from the family physician of an impending vascular accident. The emergency room physician released the plaintiff from the emergency room with an appointment with an ENT doctor and conducted no diagnostic test. Four days later, our client died at his home of an dissecting aortic aneurysm.  The autopsy revealed that the dissection was between 3 and 6 days old.  Our Virginia medical malpractice lawyers obtained a $700,000 jury verdict for the victim’s family in this failure to diagnose case.