$1.1 Million Settlement in Case When Tractor Trailer Sideswipes Student on Bike, Waiting for 18 wheeler to pass

On May 2, 2017 in the morning on a clear dry day, our client, a high school senior, left his high school on his bike and was riding home.  He was riding on the shoulder/sidewalk of a one‑way road and needed to cross the entry ramp of the I‑85 entry ramp.  He looked over his right shoulder and saw large tractor trailers approaching the entry ramp so he stopped, put his foot down at the edge of the shoulder to wait for the trucks to pass and enter the one lane entry ramp.  A tractor trailer driver, who later testified that he saw our client on his bike getting near the end of the elevated sidewalk shoulder, began his left entry turn onto the ramp.  The 18-wheeler driver continued onto the ramp and said he never saw the kid on the bike again and didn’t know anything adverse had  happened to him, but he had sideswiped our client and he was violently rolled under the rear left trailer tires. 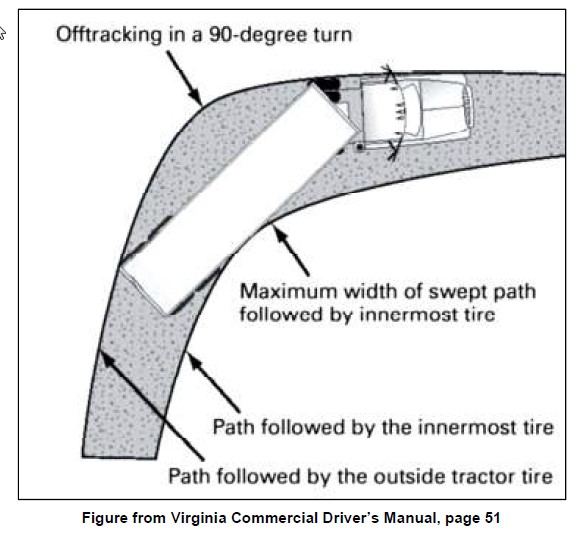 Our client was air‑lifted to MCV Hospital in Richmond where he was placed in intensive care and underwent multiple orthopedic and internal operations for crush injuries, including spinal fixation surgery for fractured lower vertebrae, and internal surgeries because of crush injuries to his urological system.  Ultimately, our client underwent numerous surgeries and was released a little over a month later in a wheelchair and then began rehabilitation.  He was able to graduate from high school, being released from the hospital in order to attend his graduation in a wheelchair.  He was left with a duty to repay $172,000.00 for his MCV care. 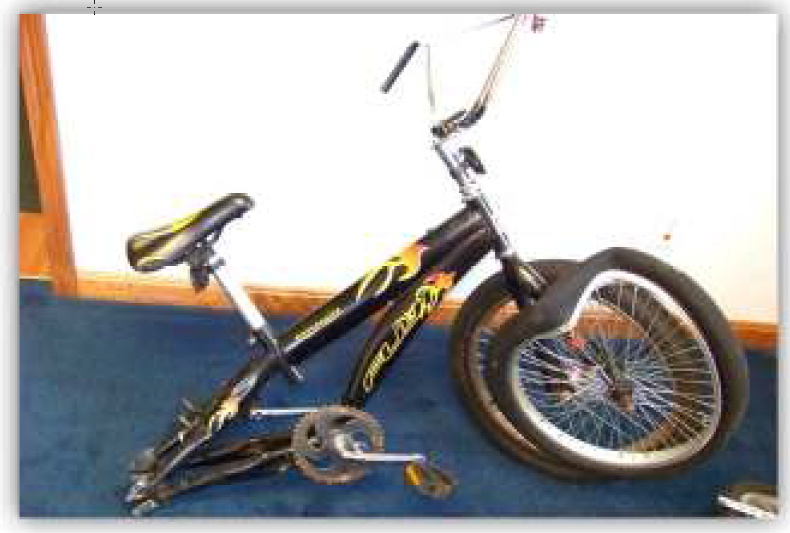 equivalent of a total station of the entire area so that we could reconstruct the various angles the tractor trailer could have taken in order to encroach onto the pavement of the sidewalk where our client was stationary with his foot down on his bike.

Our research indicated that our client was in the protected status of a pedestrian by virtue of being stationary on the bike.  Interestingly the Virginia Code requires that motor vehicle drivers give a 3‑foot cushion around bicyclists who are properly traveling in the highway lane of travel, but there is no Code provision directly providing for any cushion for a pedestrian in a position of safety on a sidewalk, thus common law negligence concepts apply. By analyzing and filming various positions that the tractor trailer driver could have followed, turning onto the entry ramp using, we demonstrated that if a tractor trailer driver did not properly take a wide turn on to the ramp, the trailer of the 18‑wheeler trailer would encroach up to a couple of feet onto the sidewalk rounding the entry ramp. 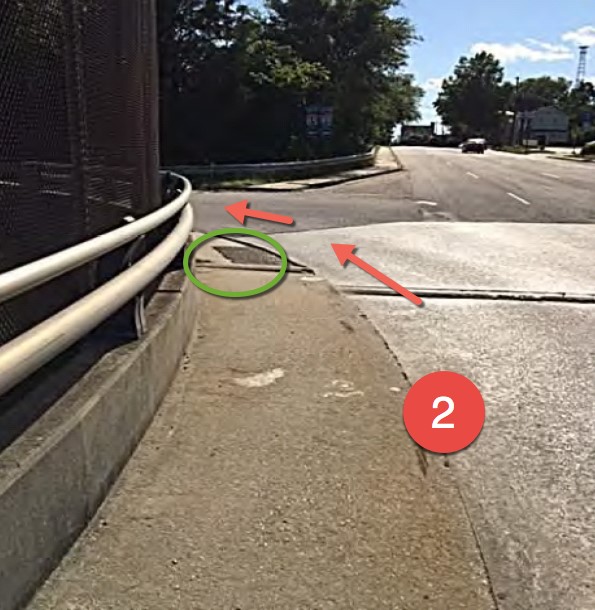 Also we took the deposition of the eyewitness who indicated that a portion of the trailer had sideswiped the kid on the bike while he was on the sidewalk, in a stopped position.

As for damages, our client had rehabilitated himself very well and was able to walk without the assistance of any devices, but was limited in his job possibilities to sedentary or light-type jobs.  His goal during high school had been to enlist in the military but because of his injuries our vocational counselor expert provided the opinion our client would likely never physically qualify for the military.  The vocational counselor wrote a report indicating that our client’s lost earning capacity totaled in excess of $400,000.00.

A dispute developed over the total available insurance.  The trucking company’s insurance carrier maintained that it only had $1,000,000.00 of applicable coverage with no umbrella or excess policy.  Our review of the fleet policy indicated that there was a listing of $1,000,000.00 that applied to the tractor and $1,000,000.00 that applied to the trailer but the carrier insisted that the policy’s “other insurance” internal limiting clause stated that no matter how many motor vehicles were listed under the policy, and were involved in any one accident, the maximum payable would be $1,000,000.00 (intra-policy anti-stacking clause).  This dispute was never resolved but our client advised us that he wanted to settle for the policy limit offered by the carrier, and therefore we resolved this claim for $1,100,000.00 with $100,000.00 being payable by the trucking company from its own assets.

The parties utilized the mediation services of a retired Virginia circuit court judge, who worked with the parties toward settlement even after the mediation had occurred.