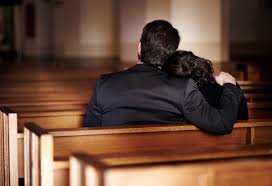 I have come to realize in our firm’s handling of several wrongful death matters this year how critical the lawyer’s skills at working through family emotional and grief issues are to getting the best result for a family whose loved one has been killed as the result of the negligence of someone else.  The law related to wrongful death when a person has been killed by the negligence or fault of someone else are different from state to state.  For instance, the law in North Carolina (NC) is not the same as the law in Virginia.  The Virginia (VA) Code, the statutory law, governs this type of lawsuit.  Further, the rules that apply in Federal Employers’ Liability Act cases (FELA) for a railroad worker killed on the job are different from the wrongful death statutes of various states.  One thing that all kinds of death cases have in common is the need for the wrongful death attorney to work through difficult stresses on the survivors after someone has been killed.

In 2008 our firm resolved wrongful death cases in a car/truck accident, a medical malpractice case, and a railroad grade crossing accident lawsuit.  As the attorneys for the family members left behind after someone has died as a result of the negligence of a truck driver, doctor, or railroad, you have to be able to win and prove the case of liability to show the negligence or mistake made by the at-fault party and that that was the cause of the death of the decedent.  However, there are damages issues and dynamics within the wrongful death case that are totally different from handling a serious personal injury case.  In the personal injury case the client is still alive and you are dealing with helping them get their lives back together financially, emotionally, and as far as work.  They may have a husband or wife or other loved one who is helping them make decisions about the lawsuit, but ultimately you have the injured person as your client and primary focus.

In the wrongful death case you have not only your client who is making decisions about the case as the executor of the will or the administrator of the estate of the dead person, but also the other family beneficiaries who are entitled to some part of the recovery.  It is the hand holding and management of these various family members that is often so difficult in car or train accidents that result in death.  A statutory beneficiary is a person that is designated by the law to be entitled to take part in the recovery of the proceeds of any settlement or jury verdict from a wrongful death case.  Under Virginia law that starts off with the widow or widower and any children of the person who died.  Then, depending upon the family situation, it can also involve parents or brothers and sisters.  What happens when the people entitled to the recovery are not getting along?  This dilemma is often faced in the cases where there was some family rift that was not resolved before the person died.  After the death that rift becomes even worse where different members of the family don’t like or trust each other.  Often this occurs when there are children by a prior marriage not by the widow of the worker or driver who died.  It can also happen where the widow and his or her in-laws don’t get along after the death for whatever reason.

Obviously, when anyone dies, especially in a tragic accident, there are going to be a lot of raw emotions.  Further the financial strain that occurs when the main wage earner of the family has been killed is often severe.  All these pressures can take their toll on relationships.

However, if the family doesn’t cooperate to get together on how to handle the wrongful death case they may all end up worse off.  The worst case scenario is where the surviving spouse and some other family member like an adult child by a prior marriage are actively working against one another.  Then, instead of fighting against a common enemy which is the insurance company for the trucking company or the railroad claims agent, they end up fighting with each other and undermining the case.  The lawyer has to do everything he can to have the family stay calm and not air family disputes in a public way.  The ideal scenario is to keep a common front so that the maximum recovery can occur for the loss of the father/husband/son.

Once a settlement has been reached or a jury verdict has been obtained then the lawyer should try to work with the various interested parties to reach an agreement on how to divide the money.  As with most things in life, the parties will be happiest if they reach some agreement which they have control over rather than leaving it to some judge or other person to decide for them.  Making this all work often requires the best skills of a lawyer in diplomacy, negotiation and listening.  In this way the personal injury/wrongful death lawyer has to be not only a great advocate to obtain the maximum compensation for the family, but also help it to heal wounded feelings about one another that may surface in the grief and sadness after a loved one has been taken away.