Acne Drug Accutane May Lead to Horrific Side Effects 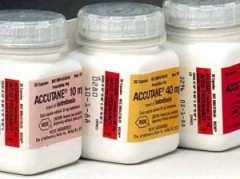 One of the most frustrating aspects of adolescence is acne. Many teenagers and young adults endure embarrassment and low self-esteem due to problematic skin. In response, Roche Industries produced an acne drug called Accutane (isotretinoin). It quickly became a profitable prescription acne drug with over 13 million prescribed users. However, Roche did not tell users they may one day suffer from inflammatory bowel disease due to this dangerous drug.

Thousands of lawsuits have been filed against Roche due to side effects associated with Accutane. Aside from inflammatory bowel disease, other Accutane side effects include:

And that is only a small list of the potential Accutane side affects you may suffer.

Roche pulled Accutane from the open market in June 2009, but the damage is already done. Roche claimed they pulled the drug off the market because of generic competition, but they probably pulled it partly because they have lost every Accutane side effect personal injury lawsuit that went to court. One lawsuit involving a former Accutane user who developed inflammatory bowel disease resulted in a $25 million jury award to the victim.

If you or a loved one took Accutane, contact a lawyer right away. Some of the side effects may not surface until years after you have taken the drug. Here is a tragic example of the long-term side effects associated with Accutane provided on a medical community message board:

“I have a son that took Accutane 60 mg a day for six months in a row three years ago. Now after many trips to doctors over strange medical problems, it seems Accutane is the culprit medication that has caused severe joint and muscle pain, severe dry lips, redness in face, eye infections of own immune system attacking itself, systems of osteoarthritis in both shoulders, both wrist and right hand, blood in stool, possible hair loss, [and] abnormal liver function test results. My son went from being a high school football and track athlete while taking this medication three years ago to someone that is in constant pain just washing a car…”

The apparent lack of disclosure from Roche about the potential side effects associated with Accutane is unacceptable. It looks like they put profits over the safety of their users.