Can I File a Medical Malpractice Lawsuit for Sepsis Injuries? 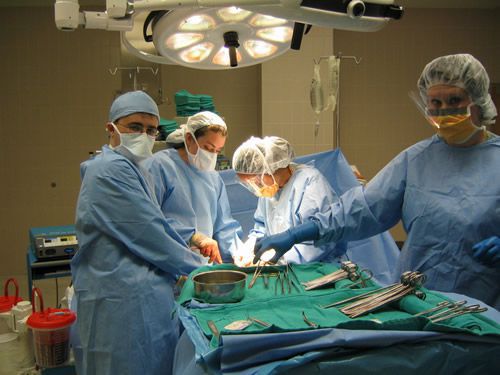 Each year, according to the Centers for Disease Control and Prevention (CDC), at least 1.7 million adults develop sepsis. Almost 270,000 of those people die from the infection. Although the majority of victims do recover completely, there are some who end up with permanent organ damage.

Studies have revealed some frightening statistics about sepsis, including that at least 10 percent of all hospital patients develop sepsis and that it may be responsible for up to half of all hospital deaths that happen every year. The personal injury attorneys at our firm understand septic injuries and understand how devastating the results can be.

One study examined the records of over seven million hospitalized adult patients during a two-year period. Because the majority of medical personnel don’t recognize sepsis symptoms, the research team not only analyzed the records of patients who were diagnosed with sepsis, but also the records of patients who had been diagnosed with both infections and organ failure. Over 150,000 patients were determined to have died from sepsis, however, only 35 to 40 percent were identified as having “explicit” symptoms. Approximately 56 percent of patients were identified as having only “implicit” symptoms.

The study’s authors identified the lack of knowledge that medical staff have about sepsis and urged training and hospital procedure changes in order to help recognize early symptoms and begin treatment before it’s too late. This failure of medical professionals to not recognize sepsis symptoms that often lead to catastrophic consequences for victims.

If you or someone in your family has been left with illness or injury because of an infection or other medical error suffered while in the hospital, you may be able to pursue a medical malpractice claim, depending on the circumstances of your situation.

Filing a medical malpractice lawsuit against a doctor, hospital, or other medical facility can be overwhelming and even a bit intimidating. This is why having a skilled and seasoned Virginia malpractice attorney representing you can make all the difference.

Victims of medical malpractice often have their lives severely impacted. The injuries they sustain often leave them with much pain and suffering. Victims are left with high medical expenses and financial struggles from being unable to work. And in too many cases, families are left without their loved ones because the victims do not survive the injuries.

If you or a family member has been a victim of a medical practitioner’s negligence, contact Shapiro, Washburn & Sharp today to set up a free case evaluation with one of our dedicated Virginia malpractice attorneys.