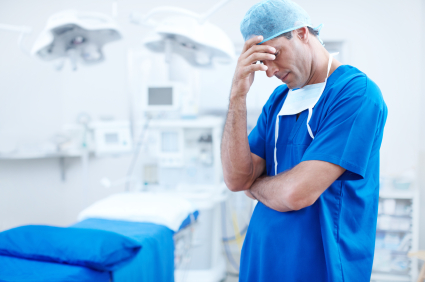 Get ready to fall off your chair – a recent study discovered that thousands of hospital patients die each year with an unknown medical condition that may have caused, or contributed, to their death. This study, which was publicized in the BMJ Quality & Safety, reveals that misdiagnosis, such as cancer misdiagnosis, is far too common.

Misdiagnoses reportedly account for roughly 40,000 to 80,000 hospital deaths per year. Furthermore, claims for diagnostic errors are nearly twice as common as claims for medication errors.

If these statistics weren’t bad enough, it was discovered that errors in the intensive care unit may claim as many lives each year as breast cancer, according to CBS DC.

Our medical malpractice injury law firm has experience handling misdiagnosis and failure to diagnose claims. For example, we represented the estate of an individual who visited his family doctor with a 3-day history of chest pains. The doctor claimed that he referred our client to the emergency room with a provisional diagnosis of impending vascular accident. The emergency room physician diagnosed our client as having a sore throat and denied receiving a report from the family physician of an impending vascular accident.

The emergency room physician released our client from the emergency room with an appointment with an ENT doctor and conducted no diagnostic test. Four days later, our client died at his home of an dissecting aortic aneurysm.  The autopsy revealed that the dissection was between 3 and 6 days old. This was a blatant misdiagnosis/failure to diagnosis case.  We advocated tirelessly on behalf of the estate and were able to secure a $700,000 jury verdict.

For more information about your legal rights if you suffered a cancer misdiagnosis or there was a failure to diagnose cancer, take a moment to check out these in-depth articles: