Can Centerline Rumble Strips Save Lives In Rural West Virginia? 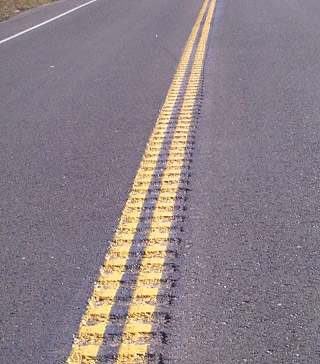 Recently we covered the story of Tex and Carol Lee, a West Virginia couple who were seriously injured on a rural two-lane highway in Jefferson County. They believe that their traffic accident, which took place when an oncoming car drifted into their lane and hit them head on, could have been prevented by a centerline rumble strip. But what exactly is a rumble strip, and are they proven to save lives?

While rumble strips have been installed on most interstate shoulders across the country to prevent tired or distracted drivers from drifting off of the road, more and more states are installing grooved pavement along the double yellow line of rural two-lane highways, where crossover accidents often cause serious injuries and deaths.

Why do rumble strips work? Safety advocates say that they come in handy in a variety of situations common on rural stretches of highway: they make drivers aware of their drifting car if they are suffering from fatigue, fall asleep at the wheel, suffer from highway hypnosis, or are distracted from the road. In addition, rumble strips can help drivers stay in their lane in low-visibility conditions like fog, rain, or snow.

Have you or a loved one been injured in a two-lane rural highway accident after an accidental crossover? Speak to a West Virginia personal injury attorney today about your case.