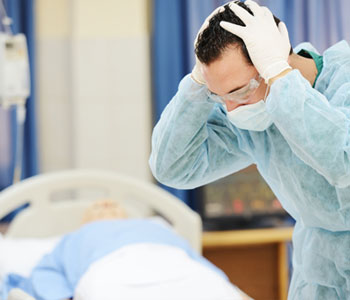 As North Carolina medical malpractice lawyers we have discovered that may experts in the medical field have complained about the intimidation dealing with the “ethical issues” of their testimony against other doctors in malpractice suits.  A number of medical groups are creating a procedure of ethic complaints in order to set a standard and unbiased way of sharing expert testimony in court.  Although the American Medical Association has taken a liking to the idea of an “ethics complaint procedure,” the expert witnesses on the side of the injured people believe they are being more harshly regulated than those of the defendant.  In response to the actions of the medical association, attorneys for the medical experts are filing suit in favor of these witnesses.

For example, an ophthalmologist won a verdict against two doctors who complained about his medical ethics.  Yancey, the ophthalmologist, had testified as an expert in a poorly done Lasik eye surgery which lead the jury to decide on a sum of $3 million for the plaintiff.  While the judge ordered for a second trial on damages, the expert for the defense accused Yancey of having given inaccurate testimony.  Yancey then sued making claims against both the American Academy of Ophthalmology and the at-fault doctor’s hired medical expert about the intimidation.  Although the judge did not award Yancey a judgment on all these claims, he did allow for a libel case to proceed.  Dr. Yancey won a large sum of money by jury decision.

The recent ethics complaints that are surfacing over medical experts are causing more and more of these experts to shy away from testifying.  Not only are medical experts experiencing complaints but some are even having their licenses taken away.  Fortunately, some states are beginning to protect their medical experts by fining those who use the system for intimidation.