Do Hands-Free Laws Make a Difference? 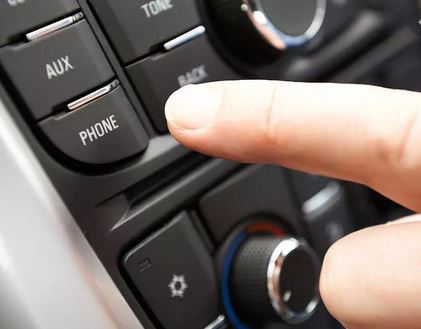 This year, Virginia enacted a hands-free law that makes it illegal to hold a cell phone or any other handheld personal communications device while a person is driving, joining more than two dozen other states that have also enacted hands-free laws. Under the law, a first violation can result in a fine of $125. A driver guilty of a second offense will have that fine doubled to $250.

Although the goal of these hands-free laws is to cut down on the number of distracted driving accidents, one study has found that they may not be accomplishing what safety advocates and law enforcement are hoping they will. And what may be even more surprising is that it is the adults are just as guilty as teens when it comes to using their cell phones while driving.

The study was conducted by the University of California, San Diego, and focused on adults between the ages of 30 through 64. There were more than 700 participants in the study. The results are alarming.

Two-thirds of those who participated admitted to making hands-free calls while driving and more than 55 percent admitted to using handheld phones while driving. Only three out of every 10 participants acknowledged that there is still an increased risk of distracted driving even if using a hands-free device. Even more troubling was that approximately 90 percent of those participating believe they are either “capable” or “very capable” of operating their vehicles safely while they are on their phones.

If these answers don’t alarm you, the next few might. Thirty percent of participants admitted they still text while driving and 70 percent admitted texting while stopped at red lights. And there was no difference in the answers from drivers who did and drivers who did not have young children that could be in the vehicle with them. Parents were just as likely as non-parents to use their cell phones whether their children were with them or not.

Prior research that was done in multiple studies has shown that any kind of phone conversation can affect a driver’s reaction time just as much their reaction time could be affected if their blood alcohol content (BAC) were at or over the legal limit. This includes hands-free conversations. Focus away from the road even for just mere seconds can result in a driver not having enough time to stop before crashing into another vehicle or a pedestrian.

If you have been injured in a crash caused by a driver who was talking on their cell phone, texting and driving, or some other distracted driving behavior, contact a Virginia car accident attorney to find out what legal recourse you may have. The legal team from Shapiro, Washburn & Sharp has been advocating for injured clients since 1985 and will do all we can to ensure you receive the best possible outcome under the circumstances of your case. If you would like to meet with one of our skilled Va. personal injury attorneys to find out how we can help, call us today at (833) 997-1774 to schedule a free and no-obligation case evaluation.