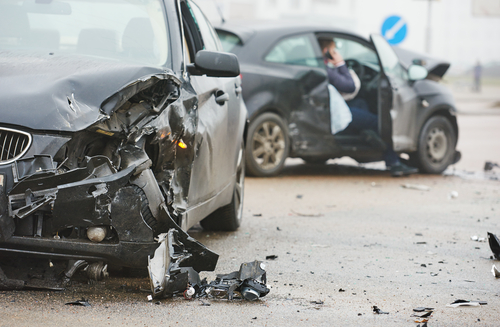 A 29-year-old West Charlotte man has been charged with multiple offenses, including second-degree murder, for a crash that killed one victim and left two other victims seriously injured.

According to reports from the Charlotte-Mecklenburg Police, on September 5, a Toyota was traveling east on West Boulevard in the area of Remount Road when the driver attempted to take a left turn into a parking lot. The vehicle was struck by a Lexus, driven by the defendant, that was attempting to pass the Toyota. The Lexus then crossed the double yellow line, slid about 200 feet, and then hit a Dodge pickup truck that had been traveling west in the right lane of West Boulevard. Police estimated that the Toyota was traveling between 90 to 100 mph in a 35-mph zone.

The driver of the Toyota was not injured, and the driver of the pickup truck sustained minor injuries. All the occupants of the Lexus were transported to the Atrium Health’s Carolinas Medical Center with life-threatening injuries. One of the passengers was pronounced dead upon arrival at the hospital.

The driver of the Lexus was released from the hospital 11 days after the crash. Police had originally planned on charging him with involuntary manslaughter, reckless driving, and driving on a revoked license, however, the day after the hospital release, the additional charges of driving while impaired, DWI felony serious injury, and second-degree murder were added.

According to national statistics, about 30 people die every day in drunk driving accidents. Many more are left with serious injuries. In most car accident cases, the burden of proving fault lies with the victim and their attorney. Drunk driving accidents are different because the driver usually faces criminal charges for driving under the influence. This creates a presumption of negligence. In these cases, the victim usually just needs to prove what losses their injuries have caused them. This is referred to as “damages.”

Victims who are injured in a drunk driving accident may be able to collect financial compensation for their hospital bills, ongoing and future medical treatment, lost wages, loss of future income, pain and suffering, emotional anguish, permanent disability, and more.

When a victim is killed in a drunk driving crash, their family may be entitled to compensation for funeral and burial expenses, pain and suffering, and other losses the victim’s death has caused them.

If you have been injured in a crash caused by a drunk driver, contact a North Carolina car accident attorney to see what type of financial damages you may be entitled to. You may be entitled to financial compensation for medical expenses, loss of income, pain and suffering, emotional anguish, permanent disability, scarring, and disfigurement.

Depending on the circumstances of the case, you may also be awarded punitive damages, which are separate from the losses you may have suffered. Punitive damages are meant to punish the drunk driver for an, especially egregious act.

It is important to remember that any civil action against the at-fault driver is not connected at all to any criminal charges the driver may be facing.

The legal team from Shapiro, Washburn & Sharp has been advocating for injured clients since 1985 and will do all we can to ensure you receive the best possible outcome under the circumstances of your case. If you would like to meet with one of our skilled North Carolina car accident attorneys to find out how we can help, call us today at (833) 997-1774 for a free case evaluation.