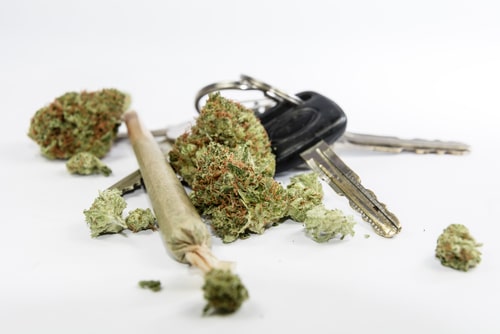 A study conducted by the National Highway Traffic Safety Administration (NHTSA) found that an alarming 56 percent of drivers who were involved in crashes that resulted in either serious or fatal injuries tested positive for at least one drug in their system at the time of the accident. The study examined crash data collected from trauma centers around the country. In its conclusion, the study’s researchers stress that “You can’t drive safely if you’re impaired. That’s why it’s illegal everywhere in America to drive under the influence of alcohol, marijuana, opioids, methamphetamines, or any potentially impairing drug, prescribed or over-the-counter.”

There is no denying that drugs have become a serious issue in this country, to the point of being labeled an epidemic. According to statistics from the Centers for Disease Control and Prevention (CDC), about 12 million people age 16 years of age and older report that they have driven while under the influence of marijuana during the prior 12 months. More than two million admit to driving while under the influence of illicit drugs other than marijuana during the same time frame.

Effects of Drugs While Behind the Wheel

There is no denying that driving while under the influence has a significant impact on a person’s ability to safely operate that vehicle. The effects a drug has on a person depends on the type of drug it is:

A driver who gets behind the wheel of a vehicle while under the influence of opioids is just as dangerous as one who gets behind the wheel drunk. And as if things could not get worse, many police around the country are reporting astronomical spikes in the incidents of drivers who overdose while driving. When a driver is overdosing because of the opioid in his or her system, the vehicle is literally being driven by no one, plowing toward other vehicles and/or pedestrians.

Impaired drivers can be held liable for paying financial damages for the losses accident victims have suffered, including medical expenses, loss of income, pain and suffering, emotional anguish, disfigurement, and permanent disability. They may also be held liable for punitive damages, as well. Your attorney can evaluate your case to see just how much your drugged-driving case may be worth.

If you have been injured in a car accident, however, it is important to contact a Virginia car accident attorney immediately because Virginia does have a statute of limitations on how long victims have to file their claim. Call Shapiro, Appleton & Washburn to learn more.