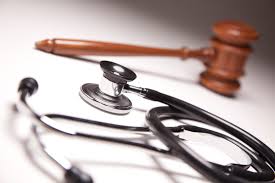 “Early offer” medical malpractice programs are becoming more popular, as both the state governments and the United States Congress have considered enacting statutory programs that would allow early offers in many cases. The point of early offer is that, in a medical malpractice case, the defendant can offer the complainant a sum early in the lawsuit to compensate for the victim’s losses and medical expenses; that way, much time, money and energy is saved on medical malpractice suits.

There are several crucial elements to a workable early offer program. Because the statute of limitations on medical malpractice cases varies from state to state, any state that wishes to implement a successful early offer program may have to examine and tweak its statute of limitations laws; shorter programs may have to be extended in order to ensure an adequate time period for a settlement to be reached.

The programs also require the entire cooperation of the hospital staff to ensure cohesive order between departments and colleagues; it is also important to guarantee a patient access to separate counsel from that utilized by the hospital, as the two parties using the same council could easily create a conflict of interest. It is critical, too, that, should the patient reject an early offer and pursue an injury claim against a hospital or doctor, he or she does not have undue burdens placed in his or her way. For instance, some claimants have faced “loser pays” rules, similar to the legal system in Japan. Roadblocks like these are an improper barrier for those seeking justice due to malpractice.

New Hampshire became the first state to enact an official early-offer law. Because medical malpractice is so common (deaths from medical malpractice numbered as high as 100,000 in a recent year), and because trials can be lengthy, costly and draining for claimants and defendants, the early offer program represents an important option for many who would prefer to avoid the hassle of the courtroom. Medical malpractice happens countless times every day, and any steps towards making justice more accessible for injured patients is a welcome one.

A large list of medical malpractice FAQs can be found here.