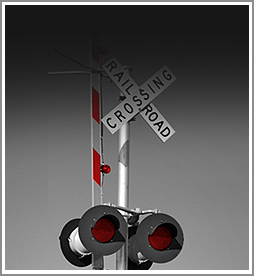 One of the best aspects of being a personal injury lawyer is representing hard-working, salt-of-the-earth clients against a big corporations and getting justice through the legal system. Here are some of our most memorable examples:

1. Representing a client who died of lung cancer caused by exposure to asbestos, radiation, and diesel fume exposure, not client’s history of smoking

Our VA. personal injury law firm worked for four years on a case in which our client developed lung cancer and did not believe it was from cigarette smoking (he quit 17 years before his diagnosis) but rather was from exposure to carcinogens (asbestos, radiation, diesel exhaust fumes) during his 40‑year career while working for CSX Railroad.

Our client explained that he knew he had been exposed to radioactive contamination because the railroad moved thousands of tons of metals in open-top train cars for years.  He also told me that he believed there was asbestos on the diesel engines for decades.  Finally, he was exposed to diesel fumes which remain a health issue for those riding on diesel engines that are not air‑conditioned since the fumes blow back into the crew cab.

The case required that we get the evidence to prove the key issues and we issued Freedom of Information Act requests to the federal government, and Open Records Act request to the State of Tennessee.  We had to deal with experts in fields that we were fairly unfamiliar with, including nuclear health physicists.  The particular railroad would not offer even half of the medical expenses of the family even though this took into account none of the five years of cancer treatment which eventually caused the death of our client.  So, with much advance work involving experts, pretrial motions and briefs, the case went before a jury in November 2010.

When the jury returned its verdict after ten days of trial, we still weren’t sure whether they would find totally in favor of the railroad and give no money damages to the estate of our client, who passed away during the litigation process.  When the jury returned an $8.6 million verdict, it was one of the greatest moments of our legal career and we  hugged his widow for what seemed like an eternity as the jury left the courtroom.  That is a great moment for any injury attorney.