Despite two dissents from unlikely allies, the U.S. Supreme Court on May 20, 2019, once again declined to revisit a nearly 70-year-old decision that prevents active duty members of the military from filing medical malpractice claims after receiving negligent care at government health care facilities. The precedent known as the Feres doctrine also blocks defective product claims against the Pentagon and, in nearly all cases, makes it impossible for family members of active duty personnel to sue military health care providers for malpractice.

The latest endorsement of the Feres doctrine came when at least four justices refused to grant a writ of certiorari in Daniel v. United States (No. 18-460). The case was brought by the widower and 4-year-old daughter of a Navy labor and delivery nurse who died from uncontrolled bleeding after giving birth at the naval hospital at Bremerton, Wash. Kaiser Health News provides a detailed history of the case. 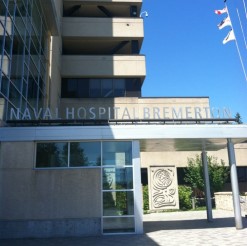 Lower courts dismissed the medical malpractice claims without reviewing any of the facts that might support a finding of medical negligence. The Supreme Court’s rulings in the original Feres case in 1950 and its last serious look at the Feres doctrine in 1987 left federal district and appeals court judges feeling that they had no choice but to declare the naval hospital and its employees immune from liability.

The Supreme Court is not required to issue explanations for why it denies petitions to reconsider lower court rulings or, when petitioned for certiorari, decides not to examine the evidence presented by plaintiffs and defendants. It did not do so in Daniel v. United States, but Justice Ruth Bader Ginsburg asked that an acknowledgement be made that she would have granted review to the plaintiff.

Somewhat surprisingly, the second-most conservative justice, Clarence Thomas, also dissented from the denial of certiorari. Thomas wrote that refusing to reconsider the Feres doctrine creates “unfortunate repercussions” that deny just relief to negligently injured or killed military personnel and distorts “other areas of law to compensate.”

In essence, Thomas argued that Americans in uniform are consistently denied the right to hold individuals, organizations and institutions that harm them accountable. Civilians have that right, so denying it to the individuals who risk their health and lives for civilians constitutes an injustice.

My Virginia Beach-based personal injury and wrongful death law firm colleagues and I share Thomas’ view. We consider it an honor to advise and represent sailors, soldiers, airmen, Marines and Coast Guardsmen in all types of cases arising from traffic accidents, defective and dangerous products, medical malpractice and premises liability. It makes no sense—logically or morally—that the U.S. government can never be a defendant in any of those types of cases.