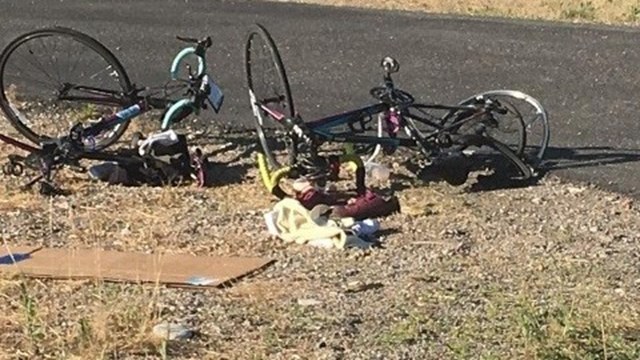 The reality is that being a bicyclist in Hampton, VA can be potentially dangerous. Riding along crowded streets near the Virginia Air and Space Center, along the waterfront or around Hampton University can all lead to collisions with cars. These bike-car accidents are often quite serious and lead to serious injuries to the bike rider, while the driver is less harmed. Our team of Hampton bike accident lawyers have handled these types of cases and it is stunning how drastic the damage can be to a bicyclist when they’re hit by a negligent driver.

Below are some common injuries that may result from a car-bicycle accident. The exact type of injury depends a lot on a variety of factors. First, the kind of impact that was involved in the accident. Second, whether the bike was hit from behind. Third, whether the bicyclist was hit on their side. Fourth, whether the bicyclist was wearing a helmet. Finally, the speed and type of vehicle involved in the accident. The injuries described below are just a sample of what our Hampton personal injury lawyers have seen our clients suffer in these types of incidents.

Unfortunately, one of the most common varieties of injuries from car-bicycle collisions are head injuries. The reason is that in accidents where cyclists are hit from behind or sideswiped, this can lead to the person being thrown off the bike without control over where they land. Especially in cases where the cyclist is thrown over their handlebars, it is likely that the person lands on their head or neck.

If the cyclist is wearing a helmet the extent of the injuries may be reduced, but it does not ensure that nothing bad will happen. Even with a helmet, the brain of the cyclist can still suffer damaging impact against the side of the person’s skull, leading to brain injuries like concussions. Traumatic brain injuries result in damage such as memory loss, headaches and in more serious cases, mood changes and permanent disability.

Bicyclists are especially vulnerable in the case of an accident with a passenger vehicle and generally lack the kind of safety restraints that are common in cars and trucks. In the event of a collision, even a low speed crash, the bicyclist may be toppled off the bike, landing awkwardly on his or her head, neck or back. Being thrown from a bicycle can cause serious damage to a person’s vertebrae and in the most serious cases, paralysis.

In even the least serious bike accidents it is very common for a cyclist to suffer a broken bone. Arms, shoulders, legs, hips and hands are all exposed and many lack the kind of cushioning needed to safely absorb the impact of a car accident. Broken bones require trips to the doctor, casts, X-rays and a variety of treatments that can quickly become expensive. Though the damage may not be life threatening, the pain and expense associated with broken bones can still be substantial.