High Winds Are a Danger for Big Rigs 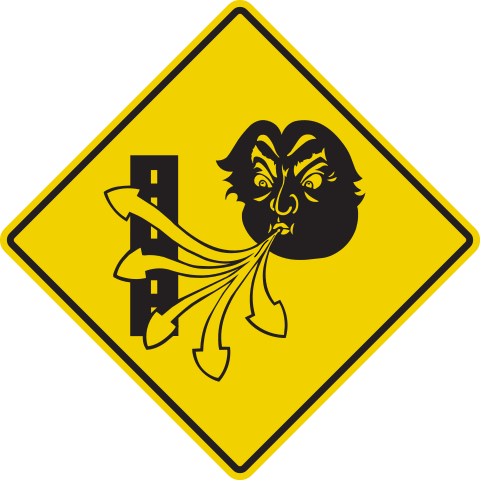 The danger high winds pose to tractor-trailers came into sharp relief when a strong gust blew an 18-wheeler off the Chesapeake Bay Bridge-Tunnel on Feb. 9, 2017. The driver survived the plunge into the rough and near-freezing water, but he died from shock and injuries while being transported to a hospital by a U.S. Navy helicopter whose crew had been conducting a training flight in the area.

As tragic as that incident was, it could have been even worse if the wind had blown from the other direction and caused the big rig to roll over into traffic or onto another vehicle. Wind is an independent risk factor for causing serious and deadly wrecks on the highway, and it also creates dangers by pushing big rigs out of their lanes and by stirring up debris that limits visibility.

The Federal Highway Administration estimates that bad weather contributes to causing an average of 1.2 million collisions each year. Further, crashes in windy, rainy, icy, foggy and/or rainy conditions each year leave an average of 418,005 people injured and another 5,376 dead.

Commercial truck drivers often feel they cannot park for a day or longer when high winds make operating what are called high-profile vehicles—long and tall targets for wind gusts—potentially unsafe. Time is literally money to truckers, freight companies and the businesses that depend on rapid shipment and delivery.

Still, there are precautions people behind the wheels of high-profile vehicles can take to reduce their risk for getting blown off the road or being rolled over. These safe driving practices include

Wind does not have to cause truck crashes.