Surgical Instruments Left Inside Patients Can Cause Serious Injuries 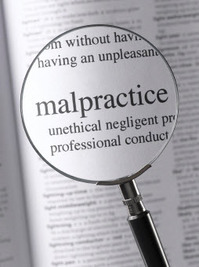 During most surgical procedures, doctors and their assistants use numerous surgical instruments such as clamps, scalpels, electrodes, scissors, and sponges to accomplish their surgical goals. Unfortunately, these surgical tools can accidentally wind up being left inside the patient. In fact, a study conducted by the Brigham and Women’s Hospital and Harvard School of Public Health found that 1,500 patients every year are the victims of this type of surgical error.

The law imposes the duty upon surgeons and their assistants to exercise reasonable care to make sure that before they end the surgery, any towels, sponges, and other surgical tools have been removed from the patient.  Failure to do so can be considered a preventable mistake, and some sources of medical literature estimate that the average cost incurred by a patient who has a surgical tool/foreign object left in them exceeds $50,000.  These injuries frequently result in sepsis, which require lengthy hospitalizations and a number of additional surgeries.

Our law firm represented a woman in Richmond, Virginia (VA) who had a hysterectomy and later discovered a surgical sponge was left inside her body (she didn’t find this out until six months after the surgical procedure). This created a fistula in her bowel which required a subsequent bowel resection surgery. Fortunately, we were able to reach a successful settlement to help her with medical bills, lost wages, and pain and suffering.

It is only in very unusual circumstances that leaving a surgical instrument or sponge in a patient after surgery can be excusable. In the vast majority of these cases, the surgeons and hospital staff responsible for leaving the surgical tool/foreign object is guilty of medical malpractice and should be held legally responsible for inflicting this type of serious injury (which usually requires at least one corrective procedure to reverse the error) on their patient.

Medical malpractice lawsuits filed in Virginia follow a two-year statute of limitations, although special exceptions may extend the medical negligence statute of limitations. One of these exceptions is when something is discovered some time later after an initial surgery or medical procedure, and this is called the “discovery rule.” When it applies, the “discovery rule” permits a suit to be filed within a certain period of time after the injury or illness is discovered, or reasonably should have been discovered. The discovery rule does not apply to all injuries, and sometimes the period of time for bringing a claim post-discovery can be short, so it is important to seek legal assistance quickly in the event of the late discovery of an injury.

The Virginia discovery rule extension is still limited for medical negligence and you should consult a lawyer to get a fully overview of how to deal with a case that may involve something that you believe was “hidden” by the hospital, doctor, or surgeon (like a sponge or towel sewn up in your body, or a piece of a surgical tool left in a surgical site).