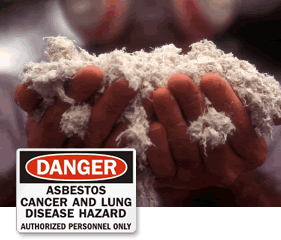 When people hear “asbestos cancer,” they usually think of the incurable cancer known as mesothelioma. It is true that exposure to toxic asbestos fibers can cause mesothelioma, but there are other forms of cancer that can arise from asbestos exposure. My team of asbestos cancer lawyers published this article to help make workers aware of the fact that they may have a viable legal claim if they were exposed to asbestos, even if they aren’t diagnosed with mesothelioma.

The Institute of Medicine is the non-partisan health arm of the National Academy of Sciences established in 1863, and was mandated by the U.S. Congress to report on whether a variety of cancer types were medically caused by asbestos exposure.  The IOM issued a report entitled “Asbestos: Selected Cancers” in 2006. Of the five human body sites considered (besides mesothelioma and lung cancers), the committee found the evidence to be sufficient to infer a causal relationship between asbestos exposure and laryngeal, pharyngeal, stomach, and colorectal cancers. Epidemiologic evidence has already established with certainty that asbestos is a human carcinogen.

The larynx, commonly known as the voice box (or Adam’s apple), is above the trachea and below the pharynx.  The American Cancer Society (Jemal et al. 2006) has estimated that about 9,510 new cases of and 3,740 deaths from cancer of the larynx. A government expert panel added larynx cancer to the list of ailments directly linked to asbestos exposure. Results from multiple studies showed that people exposed to asbestos had a 40 percent greater risk of developing laryngeal cancer than those who had no asbesots exposure. People with high exposure to asbestos had up to double to triple the risk, according to webmd.com.

Despite a major decline in the incidence of stomach cancer worldwide, it remains the second most common fatal cancer worldwide. In a study published in 2005, a clear association was demonstrated between asbestos exposure and stomach cancer. For example, a group of 726 lighthouse keepers in Norway were studied for cancer risk between 1917 and 1967. This group was assessed again between 1960 and 2002. Lighthouse keepers who ingested asbestos-tainted drinking water suffered an increased risk of developing stomach cancers, according to asbestos.com. The risk among this group was increased by as much as 450 percent. Results from this study aligned with findings from similar reports.

Combined, cancers of the colon and rectum were the third-most common cancer and cause of cancer death in the United States as of 2006. The American Cancer Society (Jemal et al. 2006) projected that 148,610 new cases (106,680 colon and 41,930 rectum) and 55,170 deaths would occur in the United States. Colon and rectum cancers together account for about 10% of all cancer deaths.

Occupational exposure to asbestos was studied between 1984 and 2004 and experts discovered a link between asbestos exposure and colorectal cancer. The study determined that there was an elevated risk of colon cancer among workers who proved they were occupationally exposed to asbestos. Authors of the study said age, a history of smoking and other factors were adjusted in the results, according to asbestos.com.