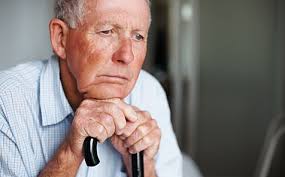 In February of 2008, a 97 year old resident of a Hampton Roads, Virginia (VA) rehabilitation home was accidentally injected with insulin. Upon discovering her unconscious they rushed her to Sentara Leigh Hospital where they attempted to revive the victim. However, the stomach injection proved fatal and she died that day. The autopsy revealed a state of hypoglycemic encephalopathy. Her daughter and three grandchildren were left in despair.

The defense argued that because of her age, she had no real life expectancy left given her prior health issues. However, the attorney for the victim’s family argued that she could fulfill many everyday tasks around the house. The decedent was also able to handle her affairs and had a fairly high quality of life. This was all before she moved to the rehabilitation home from her daughter’s home. The insurer settled the case awarding $275,000 to the family and $5,751 for the funeral expenses. This is such a tragic story and we hate to see events like these happen to the elderly when retirement homes, nursing homes, and rehabilitation homes are careless. I hope this facility learned to be more careful in administering medication to its residents.

This recent real case shows a lot about medical errors and the legal system. The health care system causes about 200,000 deaths a year according to a recent study. These are preventable acts of negligence killing patients. Many more are injured but do not die. The situation in nursing homes is especially bad because they are often understaffed when they are run by corporations which put profit over people.

The insurance companies who defend these cases of neglector malpractice make some sick arguments to get out of paying the family for the harms their insured doctors or staff commit. The lawyer for the at-fault health care provider in this case essentially said, “your mother was so old that her dying is not worth much.” This “so what” defense is standard fare in medical malpractice.