In his recent State of the Union Address, President Bush had much to say about how well the economy was performing. He offered congratulations to the new Democratic majority in the House and Senate. He mentioned a few of the successes that our intelligence community has achieved in the War on Terror, and he also did his best to make clear his reasons for sending additional troops to Iraq.

Recent events led me to revisit this 12-year-old opinion piece and realize that not only has nothing improved. Things have grown consistently worse.

I acknowledged the appropriateness of bringing up the cited topics since, agree or disagree with Bush’s assessments, each surely weighed heavily on Americans’ minds at that time. Learning the president’s thoughts directly instead of being inundated by the speculations of pundits, AM radio hosts and TV talking heads can be valuable.

I even conceded that Bush delivered his second-to-last SOTU well. But, I wrote, “not one word was mentioned about the still intolerable state of affairs in New Orleans and along the Gulf Coast.”

It was only 17 months ago that Hurricane Katrina effectively ended the existence of one our most treasured cities, killed more than 1,000 people and ruined the lives of thousands of others. It was only a few days later when the president said that it was impossible to imagine America without New Orleans. One doesn’t have to imagine such an existence anymore. All that is necessary is taking a short tour of the place to see that we are indeed living in an America without New Orleans.

To this day, entire sections of the city are still in ruins, with buildings that were once homes reduced to nothing more than frames that are riddled with mold and rot. While it isn’t necessarily the job of the federal government to simply pay for the damage, federal officials they have some influence when it comes to the behavior of those that purported to provide financial coverage in the event that a disaster happens.

Flash forward to 2019, and New Orleans remains a pale shadow of its former self. Very little of the city outside of the French Quarter and other tourist districts has been fully rebuilt. Many Katrina survivors who relocated across the country never returned. 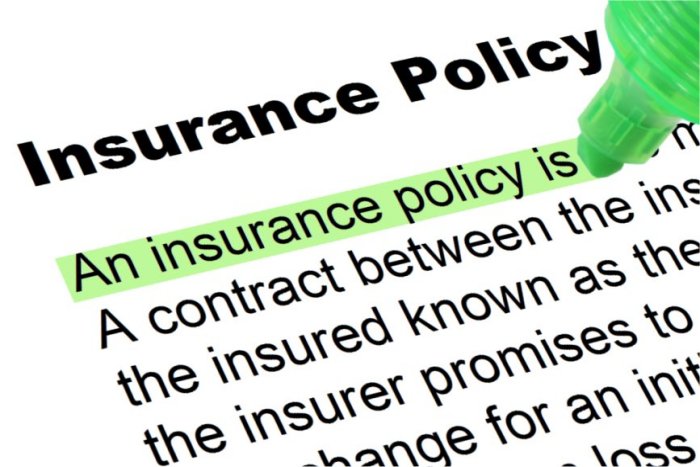 As much as I took the Bush administration to task for its slow and inadequate response to the devastation wreaked by Hurricane Katrina, I directed most of my criticisms to “the insurance companies that … engaged in disgraceful behavior” in the wake of the storm:

By exploiting uncertainty regarding the direct cause of the destruction of the homes of their policyholders, State Farm and other major insurance companies issued blanket denials for claims in every area that was hit by the storm. Most of the policyholders did not even have adjusters or inspectors come to see the wreckage and make an honest assessment. They simply received a form letter denying their claims. Many insurers refused to even make generic policies available online so customers could see for themselves exactly why it was that their claims were being denied.

Big insurance sold an entire section of the country an umbrella and, quite literally, took it back as soon as it started to rain. The denials were so blatantly obvious that State Farm couldn’t even see fit to cut one of the biggest tort reform champions in the U.S. Senate a break.

Hundreds of Katrina victims who sued insurance companies for fraud did eventually prevail, but the insurers dragged out some litigation all the way to the U.S. Supreme Court. Those cases, sadly, proved a mere prelude to the legal fallout from Superstorm Sandy, California’s Camp Fire, and far too many tornado outbreaks, 100-year floods and Hurricane Maria since 2006.

What I wrote more than a decade ago holds today, just change a few key names and references:

There are obviously many events outside of our borders that demand our attention. There are conflicts in the Middle East … a trade deficit with China and any number of human events in the world that clamor for our attention. But what does it say about the values of our nation when the profits of the few take precedence over the desperate conditions of the many?

It would have spoken volumes about President Bush’s priorities as the leader of our nation if he had he thought to give the pathetic state of affairs in New Orleans and the Gulf Coast even a cursory mention. By saying nothing, he spoke loud and clear.

At Shapiro & Appleton we listen when it seems no one else can be bothered. We dedicate ourselves to defending the rights of those whose trust and good faith have been violated by insurance companies. We would very much like to say that we are shocked by the behavior of insurers following natural disasters, but we have practiced personal injury and wrongful death law for far too long to be surprised by much.

If you or a loved one has suffered injuries in an accident caused by someone else’s negligence or recklessness and feel that your needs are not being met or taken seriously by an insurance company, you can contact our offices to schedule a free legal consultation. We focus on car, truck and motorcycle accidents, brain injuries, injuries and occupational illness affecting railroad workers; and medical malpractice. We can also offer general advice on insurance coverage and plaintiff’s rights.