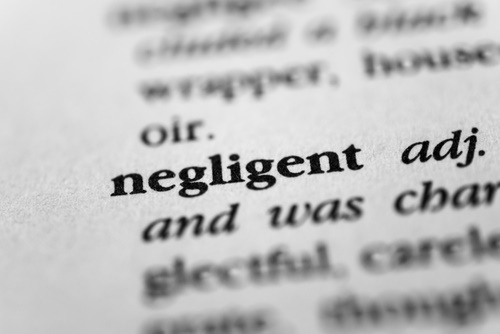 The majority of personal injury claims are built on the concept of negligence. In order for a victim to be successful in obtaining compensation for the losses they suffer as a result of accident injuries; they will need to produce evidence that shows the incident was caused by the other party’s negligence.

It can be difficult to understand what type of behaviors can be deemed as negligent. In some cases, it is necessary to hire experts, such as physicians, vocational counselors, accident reconstructionists, to provide their opinions – based on their experience and knowledge – to show how the other party’s negligence resulted in the victim’s injuries.

If a party behaves in a way that another reasonable person would not, that party’s behavior or actions can be deemed negligent. Not only can actions be deemed as negligent, but failure to act on a party’s part can also be considered an act of negligence.

There are four elements that a North Carolina personal injury attorney must show in order to be successful in the victim’s lawsuit. These elements must be met in order to prove the at-fault party’s negligence:

In some cases, the legal doctrine of “negligence per se” may apply. Negligence per se is negligence that occurs due to a violation of a law that is in place to protect the public, such as speeding or drunk driving. When a victim alleges negligence per se in their case, they do not need to prove that a reasonable person would have acted differently than the at-fault party did. The behavior or action is automatically considered negligent because of the law that was broken. Instead, the focus on the claim will be whether the victim suffered damages as a result.

For example, in North Carolina, as well as every other state in the country, driving under the influence of alcohol is illegal. If a victim is injured in a crash caused by a drunk driver, that driver would likely be deemed negligent per se and be liable for the victim’s injuries.

If you or a loved one has suffered an injury in an accident caused by another party, contact a North Carolina personal injury attorney to find out what type of legal recourse you may have. Depending on the circumstances of your case, you may be entitled to medical expenses, loss of income, pain and suffering, and more.

The Carolinas personal injury lawyers at Shapiro & Appleton have successfully advocated for many clients who suffered brain injuries in obtaining the financial compensation they deserved for their injuries, including a record-setting mild brain injury verdict for $60 million, which was settled while on appeal. Call us today for a free case evaluation.