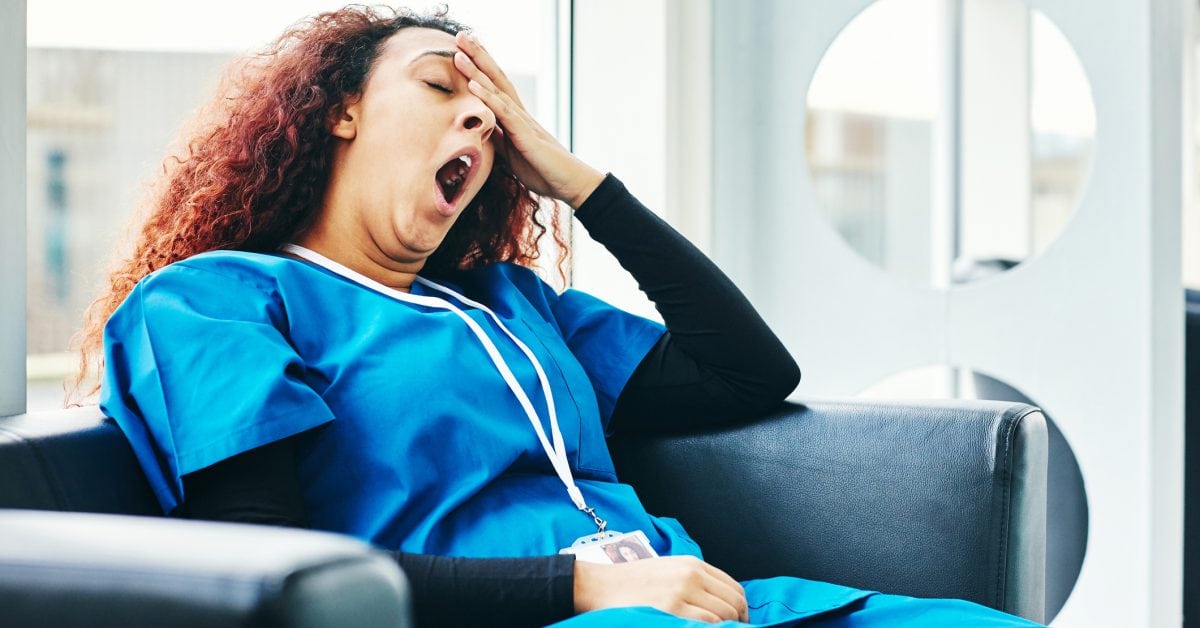 A new study reveals that the majority of nurses in the United States may be suffering from a variety of sleep disorders which could contribute to medical errors and accidental deaths in hospitals and medical facilities. Since nurses are often subjected to long hours and high-stress situations on the job, these factors make nurses more prone to insomnia, shift work disorders, sleep deprivation and other sleep-related issues.

The study was conducted by researchers at the University of Oklahoma Health Sciences Center. Nurses who participated in the study were interviewed about their sleeping habits. According to data from the National Sleep Foundation, adults should be getting seven to nine hours of sleep every night for the utmost in energy and focus. But according to the study, approximately half of the nurses who were interviewed reported they got less than seven hours of sleep per night. The average was 6.6 hours.

This lack of sleep can wreak havoc on a nurse’s psyche and puts both their physical and emotional health at risk. Compounding these issues is the number of nurses who say they take medication in order to help deal with the lack of sleep they suffer. Almost 30 percent admit to taking mediation to help them sleep. Fifteen percent use medication to help them stay awake.

Shift work disorder, which affects workers who are on overnight shifts, are suffered by more than 30 percent of nurses who participated in the study. Almost 20 percent of the nurses participating suffered from sleep apnea. Thirty percent had chronic insomnia and 5 percent reported they struggled with daytime sleepiness.

Multiple studies, coupled with national data, reveals that there are nearly 100,000 deaths in the United States caused by medical errors. Research has also found that sleep deprivation is a factor in many of these errors. Lack of sleep causes neurons in a person’s brain not to function properly. When someone is sleep deprived, the brain responds much like it does when the person is under the influence of alcohol, including the same type of mental lapses.

Our Virginia medical malpractice law firm has successfully represented many victims who were seriously injured by surgical and medical errors made by the very people who were supposed to heal them. Our malpractice attorneys have also fought for the families of victims who died from those medical mistakes.

Many of the injuries sustained through medical errors often result in long-term recovery for the patient and not only involves increased medical costs and loss of income but also increased pain and personal losses for the victim. Anyone who has suffered injuries from a preventable medical error should contact a skilled Virginia malpractice attorney to discuss what legal options they may have.