Police Chase Crashes: Who Is Liable for an Innocent Victim’s Injuries? 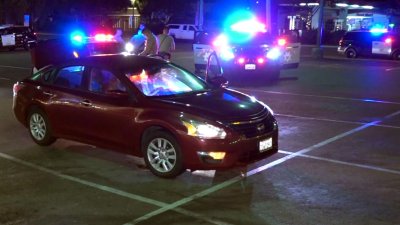 It is the job of law enforcement to protect the public and to prevent crimes. Unfortunately, there are times that in order for an officer to apprehend a criminal suspect, the public can be put in danger. One of the most common of these scenarios is high-speed police chases. No matter how careful the police are in pursuing suspects, there are situations where an innocent bystander is injured. These chases also put the officers at risk, as well.

One of the most common reasons why a high-speed chase occurs is when an officer is attempting to stop a driver because of a traffic violation. Although no one wants to see the flashing of blue lights behind them, signaling to pull over, drivers know that the law requires them to stop and that is what most law-abiding citizens will do.

But far too often, there are drivers who attempt to elude the police officer. There are many reasons why this could happen, including the driver has outstanding warrants, is driving a vehicle that is uninsured or unregistered, the driver does not have a valid license, or they are involved in committing some criminal when the officer attempts to make the traffic stop.

When the driver disobeys the officer and instead takes off, it is up to the officer whether or not to pursue a chase. Some of the factors that should be considered in the officer’s decision include:

If the police chase takes places under dangerous conditions, the police officer and police department could be held liable if there are innocent victims who are injured or killed.

According to statistics from the Bureau of Justice Statistics (BJS), there are approximately 355 victims killed each year in police chase car accidents. Thousands more victims are injured in these incidents, including pedestrians, cyclists, and other commuters who were not involved in the chase. Some of the causes of these crashes are:

Pursing a car accident lawsuit for injuries sustained in a police chase accident is different than a case with another driver. Police departments are government entities and there is an entirely different process when suing the government. Because these cases can be so complex, victims should contact a Virginia car accident attorney immediately following a crash.

Whether you were injured in an accident because of a police chase or any other reason, a Virginia car accident attorney can get you the financial compensation you deserve.  At Shapiro & Appleton, we are dedicated to helping injured clients obtain the compensation they deserve for their medical bills, lost income, and other losses their injuries have caused. Call (833) 997-1774 for a free case evaluation.