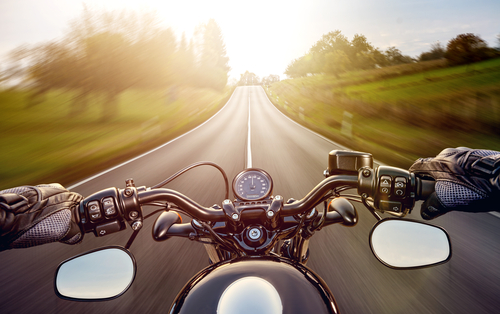 Our North Carolina law firm reports on numerous motorcycle accidents that occur throughout the state, like a recent crash that occurred in Raleigh. According to Raleigh Police, a motorcyclist was rear-ended by a vehicle in the northbound lane of Capital Boulevard and Brentwood Road. The victim was seriously injured and transported to a local hospital.

Our firm has also successfully advocated for many motorcycle victims in their families in order to obtain financial justice for the losses victims suffer from their injuries. Tragically, many victims do not survive their injuries, and families have the legal right to pursue a wrongful death lawsuit against the driver responsible for the crash.

Riding a motorcycle on U.S. roads can be significantly more dangerous than driving or riding in a passenger vehicle, with some estimates stating that motorcyclists are roughly 28 times more likely as vehicle occupants to die in a traffic crash. This is partially due simply to the weight differential between passenger vehicles and motorcycles, but in addition, motorcyclists sometimes do not take adequate precautions to protect themselves.

This is not to imply that only motorcyclists are responsible for accidents. Passenger cars and trucks are notorious for failing to properly take notice of motorcyclists in the next lane or when they are turning, which can lead to crashes – particularly, depending on the facts of the situation, these failures in visibility or perception can lead to accidents that may appear to be “single-vehicle,” since often the passenger vehicle is able to move away, undamaged.

Establishing Causation Can Be Difficult

There are several possible reasons for motorcycle accidents, but if you have been injured in one and you believe it is because of the other driver’s negligence, you can file suit against them to seek monetary compensation. Because it is easier for passenger vehicles to extricate themselves from potential accidents than it often is for motorcyclists, it can be difficult to establish that the other driver’s actions were the direct cause of your injuries, but it is still possible.

Keep in mind that even if the court holds that you were partially responsible for your own injuries, you may still be able to recover. North Carolina is one of four states that observes the doctrine of comparative fault, which states that if someone is ruled to be more than 50 percent responsible for their injuries, they may not recover – but if you are less than 50 percent responsible, you can still receive monetary compensation. Instead of being totally denied, your award will subtract your percentage of fault – for example, if you are ruled 20 percent at fault, whatever monetary award you receive from the court will be 20 percent less.

If you or a loved one has been injured in a motorcycle accident, you may be facing high medical bills and other financial difficulties. Our North Carolina personal injury attorneys understand how overwhelming these cases can be. At Shapiro, Washburn & Sharp, our Carolinas accident firm has successfully advocated for many motorcycle accident clients and has gotten them the financial damages they deserved. We are available to discuss your case. We also offer a free motorcycle injury guide which offers information that you may find helpful.