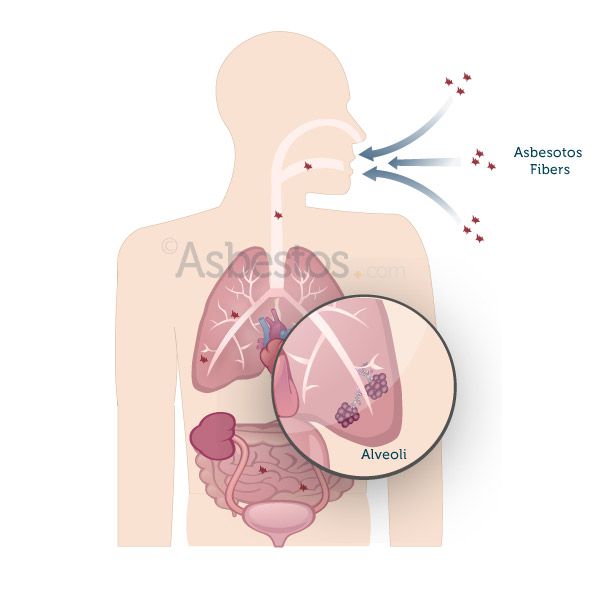 That old political saying “it’s not the crime, it’s the cover up” may also be appropriate when it comes to how the railroads have tried to deny their responsibility for asbestos-related occupational diseases.  Historically, the railroad industry has been a heavy user of asbestos. Yet over the years, railroad doctors told the industry that asbestos was too dangerous to continue to use.

Based on the boxes and boxes of evidence that the Shapiro & Appleton& Duffan law offices has obtained in cases where we have successfully sued for damages on behalf of seriously ill railroad workers, the railroad industry ignored the warning signs of this extreme safety and health risk. In fact, railroads irresponsibly continued to use asbestos even after its sale was banned by the U.S. Environmental Protection Agency in 1989.

Our cases for asbestos-related injuries have been brought against against CSX (CSXT), Norfolk & Western (N & W), Norfolk Southern (NS), formerly Conrail, Amtrak, and other railroads.

Mesothelioma is a devastating kind of cancer that attacks the protective lining of the body’s vital organs, including the lungs. Most people who get mesothelioma are those who have worked with asbestos, and may have been exposed to toxic asbestos fibers, dust, or particles. Many railroad employees such as conductors, brakeman, engineers, and track maintenance workers regularly came in contact with asbestos in the course of their ordinary workday. What’s worse is that  symptoms of this “invisible killer” may not emerge for decades. This means that we will continue to see railroad related mesothelioma cases for many years into the future.

Despite what the railroad industry has claimed in court, railroad work is one of the industrial settings where asbestos was extensively used for some 80 years. For example,  every steam locomotive engine had a massive blanket of asbestos wrapping it entirely under its metal train body, and even well into the 1990s, diesel engines contained asbestos insulation. By dragging their feet on removing asbestos from diesel engines, even after the health risk became obvious, the railroads put profits ahead of worker safety.  Many railroad supervisory officials have testified that the railroads often removed asbestos “only when” an engine was already scheduled for routine maintenance–that doesn’t sound like giving priority to eliminating a carcinogen from the workplace, does it?

Railroads such as CSX, Norfolk Southern and others also knew that train cabooses and the shoes covering a train’s brakes were also loaded with asbestos insulation but did not take them out of service until sometime in the 1970s. The also knew that asbestos was everywhere in buildings occupied by railroad workers. Railroad machine shops and roundhouses had no asbestos safety training, no masks or respirators, no air testing, and essentially no industrial safety measures.

Railroad attorneys sometimes raise crazy defenses such as trying to question the underlying  mesothelioma diagnosis. No railroad worker or anyone else for that matter would ever go through the abosolute agony of chemothreapy and radiation unless they were legitimately afflicted with this often terminal disease. My focus as an experienced railroad injury attorney is to develop how the railroad’s lack of safety and warnings has completely devastated a person’s life, and that person  is forced to endure  treatments such as chemotherapy, radiation, surgery, and the absolute loss of quality of life as a result of asbestos cancers.

If you or a family member needs further information with regard to any type of asbestos claim, including cancer or mesothelioma claims, please contact us as soon as possible. Legal claims of this kind fall are generally governed by Federal Employers’ Liability Act, which has a three-year limitation period for filing a lawsuit against a railroad employer, and different timeframes may apply to claims against any other company. In other words, a case must be filed in court within three years of when the worker or the worker’s family knew or should have known that the occupational disease was associated with railroad work.

An experienced railroad injury attorney can evaluate whether your railroad cancer claim may be the result of negligence of the railroad. Feel free to contact us at (833) 997-1774 so we can evaluate whether we can assist with your claim and recover money damages for medical expenses, pain and suffering, and all other expenses that can be attributable to exposure to asbestos.