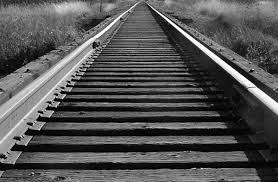 Over the past few years, I have handled several FELA injury cases involving CSX railroad workers who got hurt during remote control operations (RCO). The technology has only been in wide use since approximately 2001, but has already had a major effect on the railroad work environment, particularly in the yards like Rocky Mount, North Carolina (NC) and Richmond, Virginia (VA). The reason the major railroads like Norfolk Southern and CSX Transportation have been going toward remote control operations is to cut jobs. The freight railroads use conductors or trainmen to move the cars around switching yards to build trains or break them down. In the past, these shoving movements were done by certified engineers who could operate the smaller locomotives in the yard to push or pull the cuts of cars around. This job used to be called the hostler job or yard engineer.

What I have seen in my law practice is that there are more FELA (Federal Employers’ Liability Act) claims against the railroads for negligence in yards having to do with the remote control units. One common injury is where the railroad worker gets thrown from a car that he is riding during one of these yard movements. The vest that the conductor has to wear to hold the remote control unit or “box” is often awkward and ill-fitting. The box is about the size of a bread box. The way the remote control vest is worn, the box is sitting in front of the worker at the level of their chest or belt. A common task that a conductor has to do in a railroad yard is to ride on the side of car holding on to the metal ladders as the cut of cars is being shoved. The problem is that the box in front of the worker creates an obstacle forcing the worker to be hanging further off of the car than he would if he didn’t have this big object hanging on his middle. When the train stops during a shoving movement there is a set of wave-like explosions called slack action where each car pounds into the next one at the coupler or draw head separating each car from the next. Even under the best of circumstances, the jostling is extreme. What happens is because the vest with the box is so awkward it makes it very difficult for the worker to prevent from being thrown when the slack action is excessive. A similar problem is posed when there are close clearances between the conductor riding the side of the car and other objects like fences or other cuts of cars. Because the worker can’t be as close to the cars as he would without the remote control unit, there is an even greater likelihood of getting clipped and seriously injured in these close clearances.

For a period of time, CSX railroad told workers that they could not ride the cars during remote control operations. Then the railroad changed its mind and went back to allowing the workers to be put in this dangerous position.

Another unsafe aspect of remote control units (RCU) is that you have a delay in the response time when the operator is trying to get the train to brake. There is a pause when the railroad worker tells the box to engage the independent brakes and when the locomotive actually performs the action. Because seconds are often critical in moving these huge locomotive engines and cars around a yard, the delayed reaction is problematic.

Despite the best efforts of the railroad unions to try to get the major freight carriers to take it slowly and make sure that RCO is introduced carefully, the railroads have gone full speed ahead on the project. My understanding is that in the near future the major freight carriers will try to have remote control used on the road as well, meaning outside of yards. The companies’ goal is to reduce crew sizes which are already down to two workers per huge train to only one worker. This would mean that the freight train barreling through your neighborhood at a highway road crossing would be going down the tracks without even two human beings to ensure safety. Welcome to the brave new world of modern corporate railroading where cost savings come first.