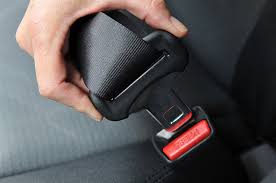 When worn correctly, seat belts have been proven to reduce the risk of fatal injury to front seat passengers by 44%.  In SUV’s, pickup trucks, and mini-vans, the life saving potential of a seat belt rises to 60%.  So it’s remarkable that all Virginian’s don’t buckle up the moment the sit in a car seat.

Last year, Virginia seat belt use rose about 1% to 79.9% as Virginia’s Click It or Ticket program increased public awareness about seat belt use.  During that same time, however, Virginia also experienced an increase in the number of traffic fatalities due to lack of restraint use.  As the number of people wearing seat belts has risen, so too has the proportion of highway deaths involving unbelted passengers.

In Virginia, all front seat passengers must wear a safety belt.  Also, all passengers under the age of 16 must be wearing a seat belt, regardless of their position in the car.  Passengers who are over the age 16 may choose to go unbelted.

Virginia is a “secondary enforcement” state.  This means that if the police officer sees a car go by with an unbelted passenger, he may not pull over the car to issue a seat belt ticket unless he can cite the driver for some other traffic violation.  A growing minority of states have recognized the importance of seat belts and have amended their legislation to become “primary enforcement” states, and allow their officers to pull over vehicles solely on the basis of a seat belt violation.  These states have seen a marked decline in their highway fatalities.

A study from the University of Buffalo concluded that a backseat passengers refusal to wear a safety belt increased the likelihood of severe head and chest trauma for the driver in an accident.  In a head-on crash, the unbelted backseat passenger transforms himself into a human missile.  This was true in cases using adult-sized dummies as well as the child-sized versions.

A British study testing head-on crashes at 30 mph demonstrated that an unbelted backseat passenger can be thrown forward out of his seat at the force of 3.5 tons.