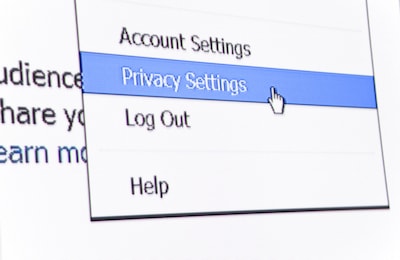 There are more than two billion people who log onto Facebook each month, one billion on Instagram, and 68 million on Twitter. Social media has become part of many people’s everyday routine, letting them connect with family and friends, keeping track of events, and more.

Although there are many positive aspects with social media, there can be negative factors, as well, especially if a person is involved in a personal injury case. Posts, photos, and even private messages could be used by the at-fault party’s insurance company against the victim to reduce the settlement amount or deny their claim completely.

Most people are under the impression that if they change their privacy settings to private, this will prohibit anyone from seeing their social media profile, however, the court could allow the insurance company access to the profile if there is a possibility it could contain relevant evidence.

It is not uncommon for insurance companies to investigate a victim involved in a personal injury case, with the goal of trying to prove that they are not really injured. In the past, private investigators would be the ones to try to gather evidence to prove this, often secretly following the victim in an effort to catch them doing something that would prove they were faking their injury.

For example, if a victim claimed their injury prohibited them from working, the private investigator would try to catch them participating in activities the injuries should also prohibit them from doing, such as yard work, playing sports, or any other activity which the insurance company could use to try to deny the victim’s claim.

In today’s world, however, much of the “investigating” that is done occurs online by “trolling” victims’ social media accounts. Many insurance companies don’t even bother hiring investigators because of the information they are able to gather from those accounts.

This risk exists even when the victim’s social media account is set to private, as one victim in a personal injury case recently experienced.

In 2011, the victim suffered brain damage and a spinal injury in an accident that left her with cognitive and communication difficulties, memory loss, and other severe limitations on her ability to live her life the way she did prior to the accident, leaving her socially isolated.

The insurance company, frustrated at the limited amount of information revealed from the victim’s social media public setting, asked the court for permission to access the victim’s private information. The district court judge hearing the case granted that motion. The victim appealed that decision, and the appellate court reversed the lower court’s ruling. The insurance company then appealed to the Court of Appeals, which overturned the appellate court’s decision and ordered the victim to turn over the information to the insurance company. In the court’s decision, the chief judge wrote that although Facebook and other accounts may be characterized as private, “even private materials may be subject to discovery if they are relevant.”

Far too many accident victims have discovered that even innocent photos or postings on social media can severely hamper their personal injury claim. This is why it is critical to have a Virginia personal injury attorney representing you and protecting your rights as a victim.

Whether the injury happened in a car accident, from a defective product, or some other type of incident, a Virginia accident attorney can assist you in collecting financial compensation for the losses you have suffered.

The Virginia personal injury and wrongful death attorneys from Shapiro & Appleton have been advocating for victims and their families for more than 30 years and will use all available resources to obtain the best result possible for the circumstances of your injury case. Call our office today at (833) 997-1774 for a free case evaluation.