What Are the Stages of a Typical Personal Injury Lawsuit in Virginia and North Carolina?

No two cases are the same, but my personal injury law firm colleagues and I can answer this question about “typical cases” that we often hear from clients who must take their claims for compensation to court because the insurance company will not offer a just and adequate settlement. Laws, insurance company practices and rules for how courts operate ensure that every civil lawsuit arising from a car crash, truck accident, incident of medical malpractice, slip and fall, or defective or dangerous product follows the same basic path from injury to resolution. 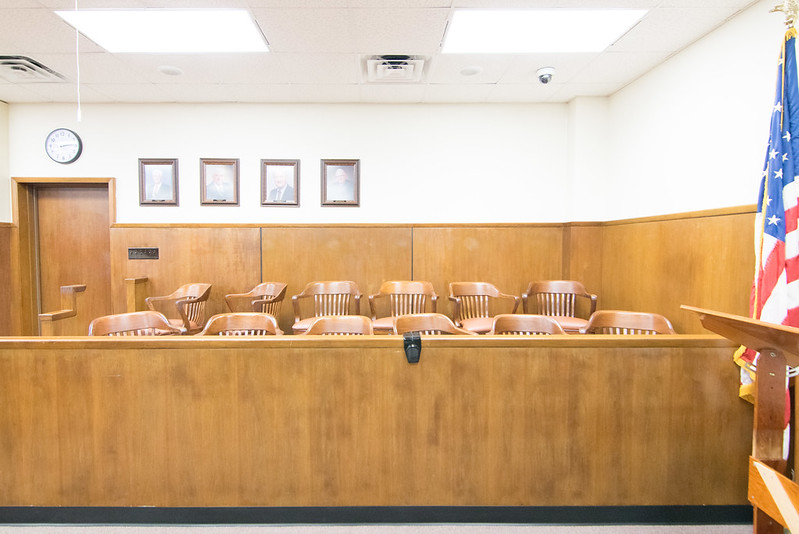 Sadly, each case does begin with the infliction of serious harm because another individual or a company acted negligently. The injury must be severe enough to require medical treatment. Additionally, the total financial impact of the avoidable injury must be at least $25,000. That is, medical expenses, lost wages and the estimate for fairly compensating the victim for their pain and suffering must reach or exceed $25,000. Lesser claims will not be considered by courts in either Virginia or North Carolina.

A personal injury lawsuit proceeds through six stages. Partnering with an experienced plaintiff’s attorney from the beginning of the first stage will help the injured victim achieve the best outcome.

Stage 1: Collecting Evidence That Shows Compensation Is Due

Such evidence can come from police reports, medical records and bills, photos, expert analyses and testimony from family and friends who can describe how the plaintiff lived before and after suffering the injury.

Stage 2: Negotiating With the Insurance Company

Sincere efforts to settle claims usually start after doctors determine either that the injured victim has fully recovered or that further treatment will not improve the person’s condition. The insurance company may offer a settlement before such a determination is made, but accepting that initial offer runs the serious risk of incurring future uncompensated medical expenses.

The plaintiff’s attorney will provide the insurance claims adjuster with a calculation of medical expenses to date, estimated ongoing and lifetime medical expenses related to treating the injury, wages lost while recovering, lifetime earnings lost due to permanent disability, and pain and suffering. This presentation will include information from the doctor.

The insurance claims adjuster will usually present a counteroffer with a lower amount. Only the injury victim can make a final decision on whether to accept a settlement. If they find the insurance company’s offer acceptable, they will sign a release and receive payment. The release prevents them from making further claims related to the injury on which the insurer has paid the settlement.

When settlement negotiations fail, the injured victim’s personal injury lawyer files a complaint with the court of jurisdiction. This is usually the circuit court for the city or county in which the injury occurred.

Upon receiving notice that the complaint has been filed, the defendant has a fixed period in which to submit responses to the court and to the plaintiff’s counsel. The lawsuit officially starts when these responses are received.

All across Virginia, plaintiffs and defendants in personal injury lawsuits have the option to pursue an alternative dispute resolution process such as mediation or arbitration. North Carolina and select jurisdictions in Virginia require one attempt to reach a mediated settlement before a court hearing is held.

Mediations and court hearings happen after a sometimes-lengthy period of discovery and other pretrial activities. During discovery, attorneys for the plaintiff and the defendant exchange written questions and answers, request and review documents related to the case, and consult with experts.

Depositions, which follow discovery, are recorded testimony from the plaintiff, the defendant and witnesses. These statements are given under oath, and the answers deposed witnesses give can be cited during trial. Any costs related to having doctors and expert witnesses give depositions are paid by the attorneys.

The plaintiff and defendant can agree to settle all claims at any time up to the conclusion of the trial. Reaching a mediated settlement stops a trial from happening at all.

When a trial does take place, it usually involves a jury of 7-9 people. The proceedings are similar to what you see on television, with both sides making opening and closing arguments, presenting witnesses and exhibits, and conducting cross-examinations. Most personal injury jury trials last a couple of days.

Stage 6: Reaching a Settlement or Receiving a Verdict

Settlements are final, but verdicts issued by judges or juries can be appealed. It is not uncommon for a jury to find for a plaintiff, the defendant to appeal, and a settlement to be reached before the appeal is heard by a judge.