Study: It’s Not Just Teens Using Their Phones While Driving 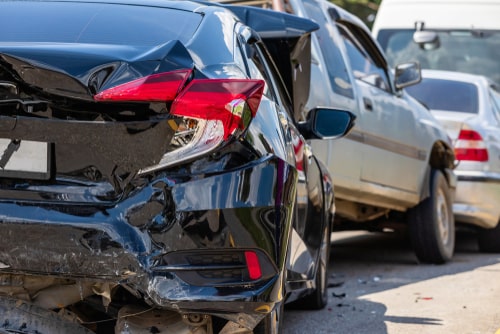 While many people think that it’s teen drivers who are the ones that continue to use their cell phones and hands-free devices while driving, a recent study has found that middle-aged adults are just as guilty. In fact, despite the thousands of victims killed and hundreds of thousands injured each year in distracted driving accidents, older adults admit they use their cell phones while they are driving to make and take calls, text, check social media, emails, and other apps.

The study was conducted by researchers from the University of California, San Diego. They surveyed approximately 700 adults between the ages of 30 to 64. The results were quite disturbing:

The researchers found that there was also no difference in responses from parents or non-parents. Parents were just as likely to use their phones while driving if their children were in the vehicle with them as non-parents would.

There have been multiple studies that show that many of the distracted driving activities that people regularly engage in take a driver’s attention away from the road. Activities like entering navigation destinations or sending a text message while driving divert a driver’s attention away from the road for at least 40 seconds. Studies have shown that taking your eyes off the road for even two to three seconds can have disastrous consequences. Close your eyes for 40 seconds and see how long that is. Imagine driving for that amount of time with your eyes closed? That is exactly what it is like for a driver engaging in distracted driving behaviors.

Our Virginia injury law firm has written extensively about the grave dangers of cell phone use while driving. We have reported on thousands of accidents where victims were tragically killed or severely injured because a driver was paying attention to their smartphone instead of focusing on the road. Our firm has also represented hundreds of clients who were victims of distracted driving accidents, successfully obtaining the financial compensation they deserved for the injuries and losses they suffered.

If you have been injured in a distracted driving crash, contact Shapiro, Washburn & Sharp to schedule a free and confidential consultation with one of our seasoned Virginia car accident attorneys. Call our office today.