It was apparent to us that we had the right team fighting for our father. 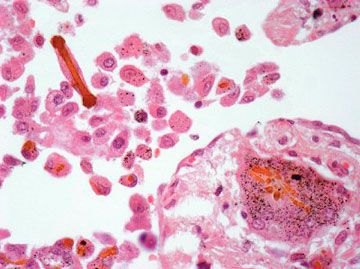 Below is a testimonial from one of our trip and fall injury clients.  To read more reviews from our clients, please click here.

“Our worst nightmare evolved when my father began having chest pains….Finally, the surgeon told us he had mesothelioma, a mean cruel cancer caused by exposure to asbestos.  They also told us there were no survivors of this type of cancer…. My father had worked on the Railroad for over 36 years…I then asked a friend of mine if this was his father, what attorney would he use and he immediately said Rick Shapiro.  He called Rick on his cell phone and explained our situation and handed me the phone.  That connection to the law firm of Shapiro & Appleton& Duffan began a relationship of trust and a sense of confidence that we had not experienced before.

It was apparent to us that we had the right team fighting for our father.  Dad died less than 3 months after he was diagnosed with mesothelioma.   He did not live to see the results of the work of what Rick did for our family.  We were caught up in delay after delay.  I really believe the Railroad was trying to delay until after my mother’s death.  Our father had signed an early retirement contract in 1989, wherein a clause basically said that he would hold the railroad harmless from any future claims of any sort.  The first judge read that agreement and tossed the case out.  Rick knew better and his experience with FELA cases become an added tool in the arsenal. Rick never gave up, he appealed the lower judge’s decision to a higher court and got that decision overturned with a unanimous decision, making our case a landmark case for others in our situation to have legal ground to fight on.

[The railroad] had no sympathy for the family; could care less that Dad was exposed to asbestos while he worked in the railroad shop and later as fireman on the steam engines and later as an engineer running the diesel engines.  Rick realized the railroad knew of the dangers of asbestos years ago and intentionally failed to train the employees of the hazards in being exposed to asbestos nor did they ever offer any type of personal protective devices even though they had been available for years.  That they knew and made intentional decisions to do nothing for their employees provided the fuel for anger from within the family.

Over the life of the case, which extended almost 5 years, Rick visited our home; he wanted to develop a personal relationship with the family so he could better understand our needs and where our strengths were.  His continued drive and positive attitude kept us from ever getting to the point where we just gave up and decided to take whatever deal the railroad laid on the table.  Never did I send an email or left a message in Rick’s office that we did not get a speedy answer.  The courtesy he extended to our family was unmatched by anyone in his profession.

Another new judge, #3 now, asked us to try mediation one more time.  Rick contacted us and explained our options.  We told him that we trusted his advice and we proceeded with the second round of mediation.  This time, with the strategy he devised, we were successful in reaching a settlement amount with the railroad … on behalf of our mother….  She just wanted to know that she would have money in the bank to pay the bills and not have to worry about somebody coming in and making her give up something that she and Dad had worked for.  Rick made that possible.  He has never led us astray and he always acted in our best interest.  Now that this chapter is behind us, we still stay in touch from time to time.  Rick evolved over time to become part of the family, a trusted, loyal friend.  From not knowing us at all, to fighting for us, to the final battle, his guidance was always positive, and always in our best interest.

On behalf of [all of us] we are eternally grateful for everything the firm did for our family.”