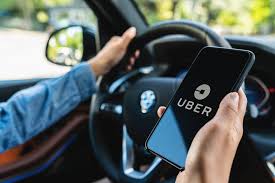 Over the past several years, the popularity of ridesharing companies has grown. Commuters enjoy the ease of using an app to order a ride and not have to worry about whether or not they have cash on them to pay. Drivers appreciate the opportunity to make extra income while choosing a work schedule that fits with their personal and professional obligations.

Unfortunately, there have been serious issues regarding the company’s safety standards, both for drivers and riders. In response to these issues and the public’s concern, Uber conducted a 21-month study to examine and evaluate the company’s business practices. The results of this study were nothing short of alarming.

According to Uber’s statistics, there were approximately 6,000 reports of sexual assaults during the two-year study. There were also 5,500 reports of unwanted sexual touching or groping. Drivers are assaulted at about the same rate as riders.

There were also 19 murders, as well, with both drivers and passengers reported as victims. Uber also reports more than 100 fatal crashes during the 21 months of data examined.

Uber asserts that because they undertook this study voluntarily and are sharing the results with the public, the public should take this as evidence that the company is committed to addressing their concerns. They also urge consumers to compare their statistics with national statistics regarding vehicle accidents, homicide rates, and violence against women.

It is important to keep in mind that the study only examined five categories of violence and that the data only focused on the U.S. It is also important to remember that many victims of sexual assault do not report the incident, so the number of victims Uber reports may not be accurate.

Regardless of what Uber may try to assert, it does not change the fact that these numbers show the dangers ridesharing customers and drivers may face.

Uber provides liability insurance policy to cover bodily injuries and property damages to victims of Uber accidents. However, there are certain criteria that need to be met in order for the victim to be able to pursue a claim.

A North Carolina car accident attorney can evaluate your case to determine if you are able to pursue a claim against Uber if you have been injured in a ridesharing crash. At Shapiro, Washburn & Sharp we are dedicated to helping injured clients obtain the compensation they deserve for their medical bills, lost income, and other losses their injuries have caused. Call (833) 997-1774 for a free case evaluation.