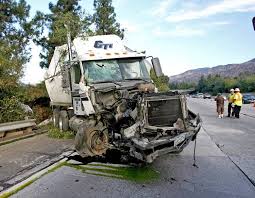 Recently, a commercial truck pulling two trailers crashed in Augusta County while driving north on I-81, leaving the truck driver injured. According to Virginia State Police, the Virginia truck accident was caused by a gust of wind that pushed the second trailer onto its side and caused the trucker to lose control of his vehicle.

The above accident is far from a freak accident or an isolated event. Each year, a number of truck accidents across the state and throughout the country involve trucks pulling double trailers. Studies have found that trucks pulling multiple trailers are significantly more prone to accidents than traditional 18-wheelers. According to a study conducted by the Insurance Institute for Highway Safety, the vehicles are more dangerous because simple maneuvers, such as changing lanes on an interstate, are more difficult because of the length of the truck. While standard trailers are 28 feet long, these trucks have either one 40-foot trailer and one 28-foot trailer or two 28-foot trailers.

How do double-trailer truck accidents happen?

Generally, everything that makes a regular one-trailer big-rig dangerous makes a double-trailer big-rig even more dangerous—they are more difficult to drive, harder to stop, and have bigger blind spots. In addition, truckers often transition from a single trailer to a double trailer with little or no extra training. Finally, a truck’s second trailer is significantly more likely to tip over during transit, causing the truck to crash.

If you have been injured in a commercial truck accident involving a truck pulling multiple trailers, you may wish to speak with an experienced Virginia personal injury attorney about your case. Depending on the details of your case, you may be entitled to compensation. To schedule a free, private consultation, please call Shapiro & Appleton at 800.752.0042.