It is a beautiful summer Saturday morning on August 29, 2009 when Caitlyn Johnson carefully buckles her one-year-old daughter Lisa Marie into her car seat, before getting on the road in her Honda heading north on U. S. 1, in Dinwiddie County south of Petersburg, Virginia. 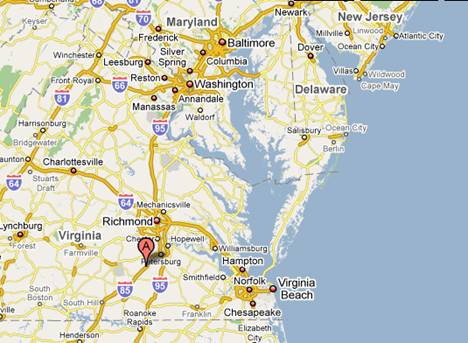 Caitlyn, grew up as a military brat, graduated from Dinwiddie high school in 2006 and had been working in Petersburg, since age 16.  According to her family, her young baby girl was her shining light—giving new meaning to her life.

As Caitlyn is driving north, a 17-year-old young man is driving a Ford Expedition southbound, and he is trailing a typical low profile wire mesh utility trailer, see the picture below.

What are the exact reasons that his utility trailer turns into a missile, a runaway instrument of interstate death? Is there no safety chain or is the safety chain simply inadequate and did it snap off? Is the trailer hitch of the wrong size to match the trailer hitch ball?  Should the 17-year-old have realized that there was an inadequate or improper hitch connection? The Va. state police may have some of these answers but for the family of Caitlyn Johnson they have endured the funeral and burial of young Caitlyn who had not reached the prime of her life and they are now raising baby Lisa Marie-who survived the crash, and has lost her mother. 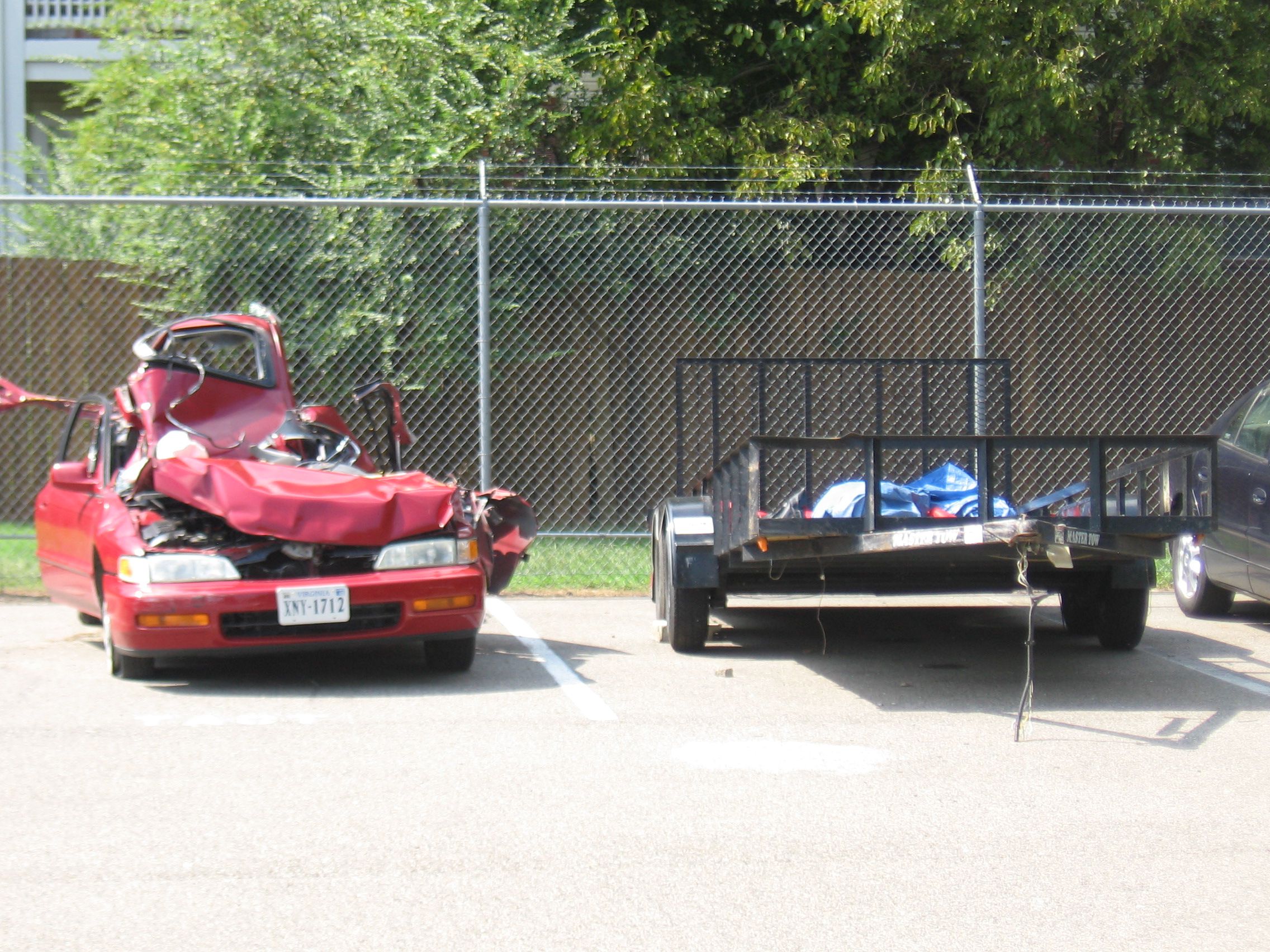 Caitlyn’s family is only left to wonder whether appropriate trailer safety measures in the state of Virginia could have prevented the death of Caitlyn.  If Virginia mandates proper safety chains or proper safety connections for utility trailers would this death have been prevented? The answer is likely yes. If Virginia requires regular state inspections on utility trailers, and includes inspection of the connection between a trailer and the primary motor vehicle, will it prevent deaths such as Caitlyn’s?  Again, there there is a good chance the answer is yes.

It just so happens that one of the primary national safety advocates for improved utility trailer safety is a fellow named Ron Melancon of the Richmond, VA area who sponsors a safety website relating to run-away and dangerous trailers, and he has been advocating for safer utility trailers for years on his website, including the Caitlyn Johnson runaway trailer death.

Better reflective tape on the rear edge of utility trailers. Routine state inspections and actual meaningful state police inspections for those inspection stickers, and what they mandate.

Melancon shared with me an actual e-mail he received from a Virginia state trooper who shall remain anonymous that reads as follows:

Just wanted to let you know that I appreciate your passion involving these trailers.  On a weekly basis I issue summons to operators of these types of vehicles to include dead inspections, no state inspections, no break away brake cable, no safety chains and other related violations.  I make an effort to check every 2 axle trailer I pass during my routine patrol duties when I have free time.  Some of us do take these matters very seriously.  I have even spoken to the assistant manager at my local [national hardware chain name omitted] reference them complying with state law and inspecting their rental trailers. I’ve noticed that some of them now have inspections and I will be checking them again soon, this time while on duty for a bigger impact. On a daily basis I look at the vehicle belonging to the young woman that was killed with her 8 month old child in the vehicle by an unsecured, poorly loaded 2 axle trailer.  The vehicle is in the impound lot at our division headquarters.  This keeps me motivated to enforce these laws, thanks for all your efforts.

Amazing-even the Virginia State Police are powerless and know that improved safety laws on these trailers are necessary! And probably most importantly we need utility trailer safety laws that mandate appropriate safety chain connections/connective devices that will not fail under normal stress or tension when the trailer inadvertently separates from a hitch.

In Virginia and numerous other states, Melancon tirelessly e-mails and writes to state legislators advocating for simple changes that will save lives.  However, it is hard to mobilize consumers until such a tragedy hits close to home, as it did for the Johnson family, or for countless other families around the country who have a family member killed by a runaway trailer as my fellow Injuryboard colleague Wayne Parsons discussed recently.  But on the other side, the manufacturers and renters of utility trailers have fought against even the most simple safety improvements-even ones that may cost 10 dollars or less per trailer. Those companies actually watered down a simple Virginia law that required reflective tape at the rear of utility trailers-creating an exception that basically swallowed the rule and diluted the entire reflector tape law.

This sad tale has so many heart wrenching details. As soon as a Virginia newspaper’s online version reported Caitlyn’s tragic death, online comments were posted by safety advocate Ron Melancon, and a comment was also entered by a close family member of the 17-year-old teenager who was towing the utility trailer-explaining that this was a tragedy for him also–relating what he is going through, second guessing the tragedy from his young teenage perspective.  Melancon posted this comment in that thread with the teenager’s relative:

Here’s a little project for you. The next time you’re out and about take notice of the countless numbers of trailers being hauled daily on our roadways. Look closely and you’ll see that many are improperly attached to the tow vehicle, don’t have working lights, safety chains and are unacceptably maintained. Then ask yourself, why am I riding behind or next to this person trying to kill or injury me or my family?  So yes I blame the State of Virginia.. The Governor and every DELEGATE who got my e mails over the past 4 years about these types of trailers that these elected officials have chosen not to address.

My Take:  It is time for Virginia legislators to take utility trailers just as seriously as the cars, SUVs’s or trucks that pull them. Who cares that the trailer does not have a motor, if it detaches or becomes runaway from a car or truck going 55 mph it becomes a missile of death!  I have told Ron Melancon of DangerousTrailers I will help in any way to bring this issue front and center before Virginia legislators, to establish new and appropriate safety regulations, especially mandatory safety chain/ safety connection requirements.